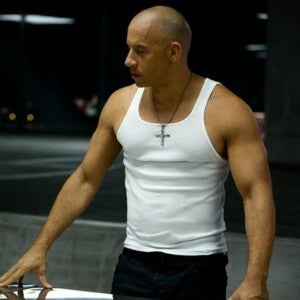 Fast & Furious 6 is earning rave reviews from audiences and is even doing surprisingly well with critics. While a car chase movie isn't generally the type of film that is the darling of critics, most critics seem to at least be praising the film for being very well done for what it is. Of course, one of the highlights of Fast & Furious 6 is a post-credits scene. If you haven't seen Fast & Furious 6 yet, then we would recommend not reading any further. Seeing the post-credits scene live delivers the maximum effect, and this spoiler is just for those who have seen the movie or accidentally left early and want to find out what they missed. The Fast & Furious 6 post-credits scene is actually an extended scene from The Fast & Furious: Tokyo Drift, which was the third movie in the series. Even though The Fast & Furious: Tokyo Drift was the third film, the events of the film actually occur after Fast & Furious 6. It turns out that the Fast & Furious movies weren't show in exact order, sort of like Star Wars. In the scene that takes place in Shibuya, Tokyo, Han is racing through the streets in a yellow RX-7. The police are alerted that the race is heading toward an intersection in Central Shibuya. Suddenly, a silver Mercedes runs right into the side of Han's RX-7, causing it to flip over. Actor Jason Statham, who is playing Ian Shaw, steps out of the silver Mercedes. Ian Shaw  is the brother of Fast & Furious 6 villain Owen Shaw, and he has Dom's necklace in his hand. Shaw walks over to Han's burning car and throws Dom's necklace at it. Shaw then makes a phone call (presumable to Dom) and says, "You don't know me. You're about to." After the phone call, the yellow RX-7 explodes into fire, killing Han who is still trapped inside.

Fast & Furious 6 After The Credits Spoiler