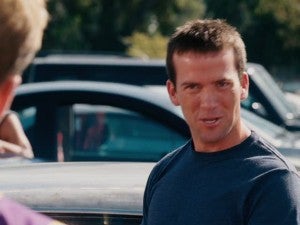 Lucas Black, who starred in Fast & Furious: Tokyo Drift (that's the third film in the franchise, for those keeping track at home, and the one specifically referenced at the end of Fast & Furious 6), will return to his role as Sean Boswell in Fast & Furious 7, which started filming over the weekend. According to Deadline, Black has signed a deal for at least three installments of Universal Pictures' Diesel-tastic franchise. Fast & Furious 7 will be released next July 11 from director James Wan, whose Insidious: Chapter 2 blew away box office expectations last weekend. After having directed both of the top-grossing horror movies of 2013, Wan announced in an interview that he was walking away from the scare genre so as not to be pigeonholed as "the scary movie guy. Fast & Furious 7 stars Vin Diesel, Paul Walker, Dwayne Johnson, Tyrese Gibson, Jason Statham and Djimon Honsou.