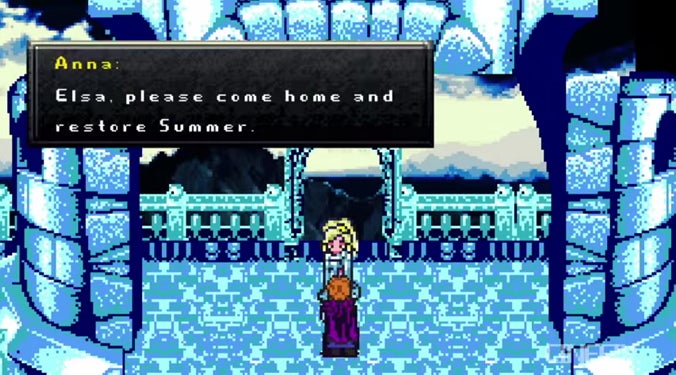 The recreation is complete with midi versions of the songs from the film. And you know what? Still catchy.

Also, I would totally play an 8-bit RPG that gave me a snowman as a party member. Totally.

8-bit Cinema "gamifies" your favorite Hollywood Blockbusters into 80's arcade and NES inspired action! This week, we keep with the computerized simulation theme of the original movie… but with way worse graphics!

Today we present Frozen in the form of an 8 bit video game!

8 Bit a.k.a. the third generation of gaming started in 1983 with the Japanese release of the Nintendo Family Computer and Sega. Can you guess what games inspired our 8-bit version of Frozen? Comment below and suggest the next movie 8-bit Cinema should "gamify".