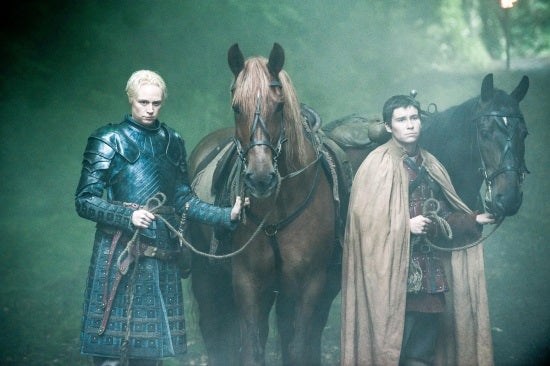 Another week, another new episode of Game of Thrones. There seem to be a lot of characters in this episode, more than even the official synopsis has time to mention. As such, it's a little hard to gauge exactly how much time will be spent on each storyline, making hard to judge exactly where we'll end up this episode, even if we know where the story is going. Nonetheless, some things we are fairly certain of and its pretty juicy stuff. Here's some possible spoiler for Game of Thrones, "Mockingbird." Brienne paints her shield. The synopsis says that Brienne and Pod will follow their first lead in their attempt to track down the Stark girls. In the books, that first lead brings Brienne to Duskendale, which is where she actually runs into Podrick for the first time and agrees to let him travel with her. Since the show decided to put the pair together, it's possible that they'll skip Duskendale altogether. However, one other thing that happens while there is that Brienne decides to paint a sigil onto her shield, one that she remembers seeing on a shield in the home where she grew up. It's the sigil of Duncan the Tall, one of the main characters in the prequel short story series The Tales of Dunk and Egg, which George R.R. Martin has been writing over the years. Turns out Brienne is a descendent of the great knight. The episode is pretty packed, so this may be the one scene they give to Brienne and Pod. Or they may skip it entirely and just have her get into a fight, which is the result of their second lead in the books.

Dany and Daario get intimate.

It's not shown explicitly in the books, but at some point Daenerys and Daario Naharis become lovers. I'm guessing that this episode will be when they decide to point that out, since it's getting pretty late in the season and we know that Daario and Dany will be having some scenes together. The job that Daario is asking for is likely either as an emissary in an attempt to open up some trade routes for Meereen, or simply as someone to go kill members of the opposition building in Meereen. Either way, I'd say there's a pretty good chance they get to know each better first. 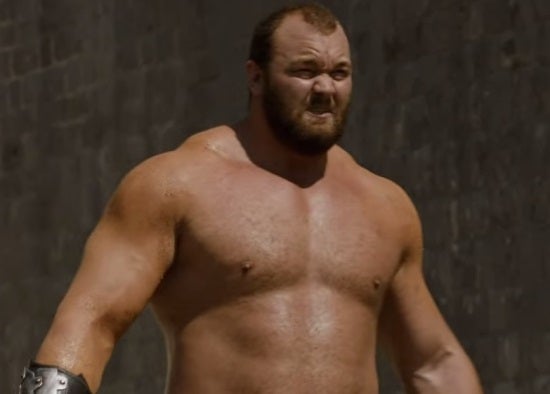 Gregor "The Mountain" Clegane will be chosen as a champion in Tyrion's trial. Tyrion Lannister asked for trial by combat in last weeke's episode, and trial by combat he will get. He's not much of a fighter himself, nor is Cersei, his accuser, so they will chose champions to fight in their stead. Jaime would normally be both sides first choice, but he's not really in top shape anymore after losing his hand and he probably wouldn't want to get involved anyway, given how he cares for his brother and his sister both. So Cersei reaches out for the most terrifying man in Westeros: Gregor Clegane, a.k.a. The Mountain. This is the same guy who "accidently" killed a man in a jousting tourney in season one. He also raped and murdered Elia Martell, which brings us to our next point… 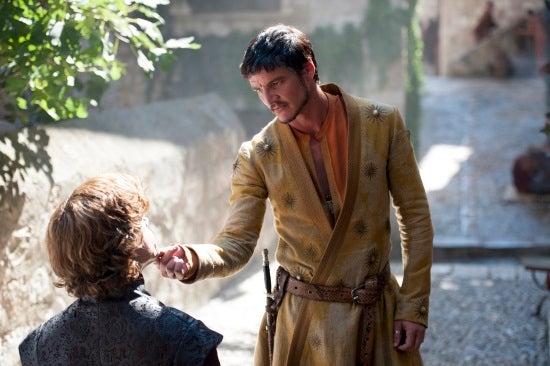 Oberyn "The Red Viper" Martell will be the other champion.

Tyrion finds himself in a bit of a spot since, even if anybody was willing to fight for him before, nobody would be crazy enough to fight the Mountain. Well, nobody except the Red Viper. Oberyn Martell has just been looking for an excuse to kill Gregor Clegane as payback for what happened to Elia. As such, when Tyrion feels he's been completely abandoned, he'll find and unlikely ally in Oberyn. The duel won't take place this episode though. They'll hold off on that until the next episode, aptly titled "The Mountain and the Viper." 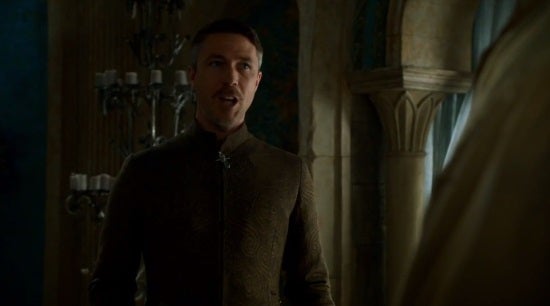 We got a hint of Lysa Arryn's insane jealousy towards Sansa Stark over her relationship to Littlefinger in last week's episode, but it only gets worse. After seeing something of a tender moment between Petyr and Sansa, Lysa completely snaps and tries to push Sansa out of the Moon Door. Littlefinger shows up just in time and reveals to his new wife that he's never loved her all, that's always been only Catelyn that he loved and that Lysa was just a pawn he used to achieve his ambitions. With that, he sends Lysa flying out of the Moon Door, leaving Petyr Baelish as Lord of the Vale of Arryn. Game of Thrones, "Mockingbird," airs Sunday night at 9 PM ET on HBO.