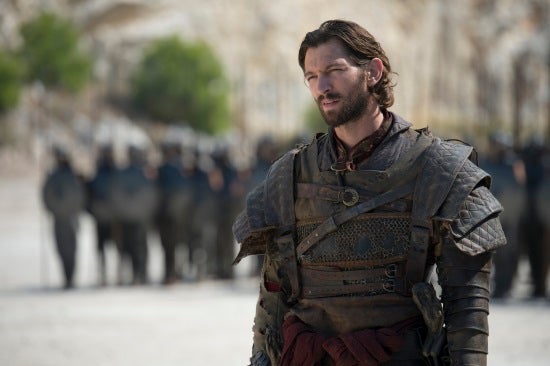 Let's be honest guys: there are a lot of characters in Game of Thrones. While everybody probably remembers who Jon Snow, Tyrion Lannister, and Daenerys Targaryen are, one could be forgiven for forgetting some of the minor characters, especially since we haven't seen them in months. We're here to help you out, with a quick refresher on the minor characters who played a significant role in the Game of Thrones Season 4 premiere. Daario Naharis In normal circumstance, Daario would be a major enough character that I wouldn't include him in an article like this. However, Daario was recast during the break between seasons 3 and 4. Daario was played by Ed Skrein in season 3 and is now being portrayed by Michiel Huisman. If you're confused, Daario Naharis was a lieutenant for the mercenary group known as the Second Sons. The Second Sons have been hired to defend Yunkai when Daenerys shows up with her army. Daario joins his captains when they go to treat with Daenerys and is taken by her beauty. When the captains select Daario to assassinate Dany he rather violently refuses, cutting off their heads and delivering them to Daenerys. On the spot, he swears his allegiance, and the swords of the Seconds Sons, to Daenerys Targaryen. The Second Sons are now part of Dany's army, and she and Daario continue their flirtatious relationship. 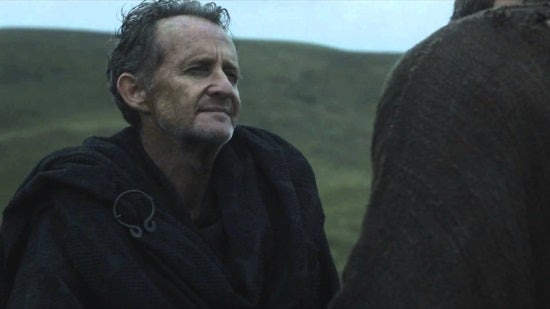 Qyburn is the ex-maester who was a prisoner at Harrenhal. Like all of the other prisoners, he was ordered killed by Gregor Clegane when the Mountain left the castle. He survived and was bursed back to health by Talisa Stark. Qyburn remained at Harrenhal when Roose Bolton took over and tended to Jaime Lannister's infected stump of a hand when he arrived. He then joins Jaime and Brienne of Tarth on their way to King's Landing, revealing that he was stripped of his maester's chain for perfoming experiments on living people. He justifies it by saying that the knowledge he learned in those experiments gained him knowledge that allowed him to save lives. He is still residing at King's Landing, apparently in the employ of House Lannister. 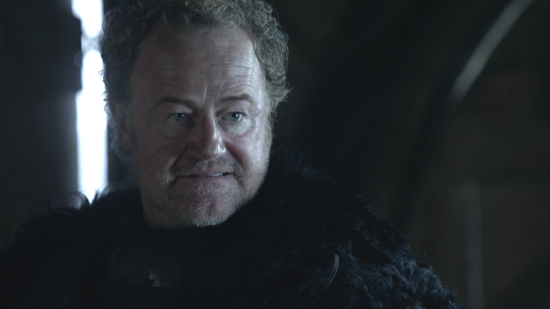 Alliser Thorne, who leads the council judging Jon Snow in the premiere, is the former Master-at-Arms of the Night's Watch. Following Jeor Mormont's death last season, he is now acting Lord Commander of the Night's Watch. Alliser was previously responsible for training new recruits for the Watch and has always had it in for Jon Snow, trying to turn the other recruits against him and mocking him when Ned Stark died. Mormont had devised a plan to keep the two of them apart by sending Thorne to King's Landing to ask for assistance defending against the White Walker, but it seems Thorne is back and still doesn't care much for "Lord Snow." 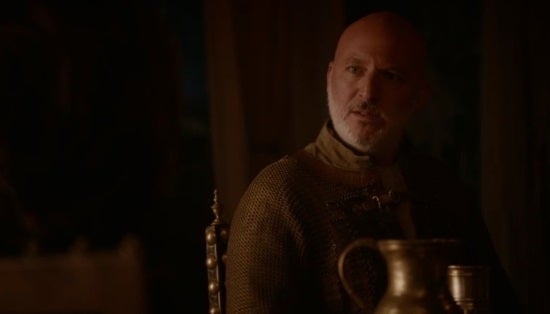 Janos Slynt, who sits to the right of Alliser Throne on the Night's Watch council, is the former commander of the King's Landing City Watch. Slynt was complicit in Littlefinger's plot to betray Ned Stark. Slynt is rewarded for his deeds by being named Lord of Harrenhal, but gets his comeuppance when Tyrion Lannister is named Hand of the King. Tyrion dismisses Slynt from duty, replaces him with Bronn, and invites Slynt to take the black – rather forcefully – thus stripping Slynt of his newly acquired title. Slynt still seems bitter about it, and seems to have fallen in with Alliser Thorne. 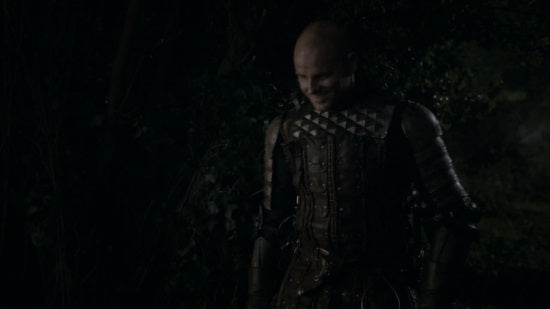 Polliver is a man-at-arms for House Lannister, commanded by Armory Lorch. He is there when Lorch attacks Yoren and his group of Night's Watch recruits. He's the man who steals Needle from Arya. He then kills Arya's friend, Lommy, because he is unable to walk. He was present at Harrenhal until Gregor Clegane abandoned the castle. "Two Swords" is the first we've seen of him since season 2, and it seems he finally got what was coming to him.

Game Of Thrones Season 4 Premiere: A Who's Who