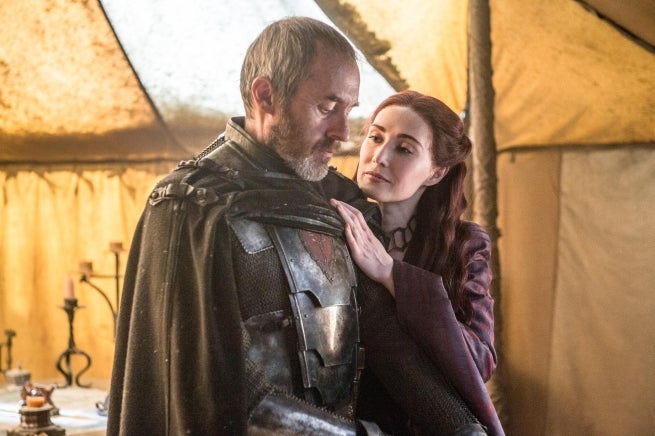 Earlier this week, HBO released a video sneak preview of the episode, as well as sneak peek photos. We've embedded the video below, and included the photos in a gallery.

According to the official HBO description for the "Mother's Mercy" episode, Stannis marches. Dany is surrounded by strangers. Cersei (Lena Headey) seeks forgiveness. Jon is challenged.