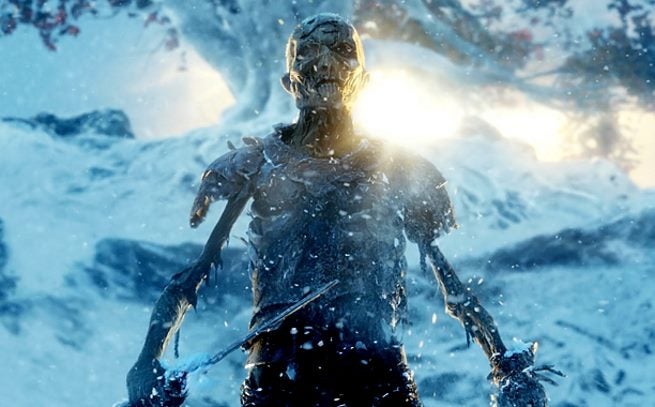 Entertainment Weekly has revealed the Game of Thrones special that appeared unannounced on HBO's schedule for February 8 will be a documentary chronicling one day of filming during production of the show's fifth season.

As the documentary follows key crew members as they go about their work, it is said to showcase "the epic sets, renowned cast and global scale of Thrones, as well as the more intimate and individual challenges of our subjects, giving the audience a new perspective on one of the most elaborate productions in television history."

You can see an image from the documentary above, which seems to show a practical effects wight, suggesting that we'll be seeing some undead in action in Season 5.

Game of Thrones returns for Season 5 on April 12.

Game Of Thrones Season 5 Mystery Special Is A Documentary

The Teenage Dirtbag Challenge Gets an Upgrade From Wheatus