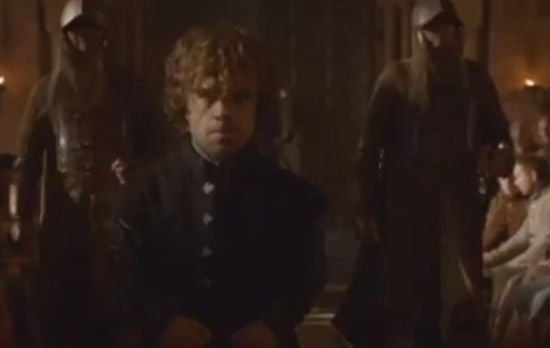 Following its premiere before True Detective, the trailer for HBO's Game of Thrones Season 4 has been released online on YouTube. We've embedded the full trailer below. Game of Thrones Season 4 will run for ten episodes. Season 4 will be primarily based on the second half of A Storm of Swords, which is the third book in the A Song of Ice and Fire series. There also may be some material covered from the fourth and fifth books in the same series. Based on the bestselling fantasy book series by George R.R. Martin, Game Of Thrones is an epic story of treachery and nobility set on the continent of Westeros, where summers and winters can last years, and only the lust for power is eternal. Game of Thrones Season 4 will start airing on April 6, 2014 at 9PM ET on HBO.