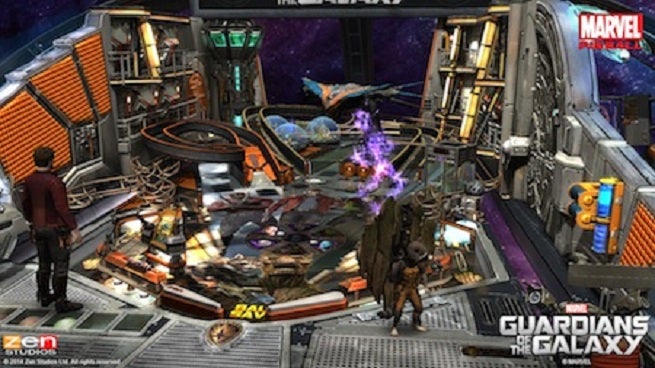 ComicBook.com and Walt Disney Home Entertainment are teaming up to celebrate the release of Marvel's Guardians of the Galaxy on Blu-ray and DVD today with some cool giveaways for our readers.

You can check out the trailer for the pinball game below.

Also up for grabs: A signed copy of that cool Dia de los Muertos poster featuring a stylized Star-Lord mask. 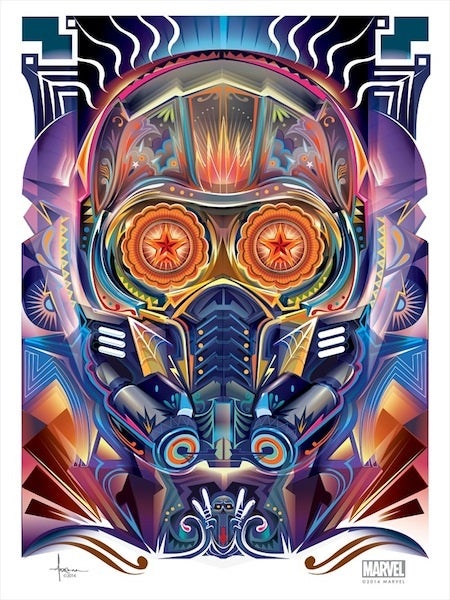 That's it above: The signed Star-Lord Sugar Skull Poster, inspired by the Dia de los Muertos holiday, comes from artist Orlando Arocena and was created for the home video release along with two other, similar pieces.

All you have to do to enter is check out our interview with Guardians director James Gunn and tweet at us with the hashtag #GOTGiveaway, telling us which Guardians of the Galaxy cast member suggested our first question for Gunn in the story.

If you haven't got Twitter, you can e-mail russburlingame@comicbook.com with your response and we'll count it just the same.

We'll draw winners randomly from the correct answers on December 15.

Guardians of the Galaxy Giveaway: Enter For A Chance at a Signed Poster or Guardians Pinball Game