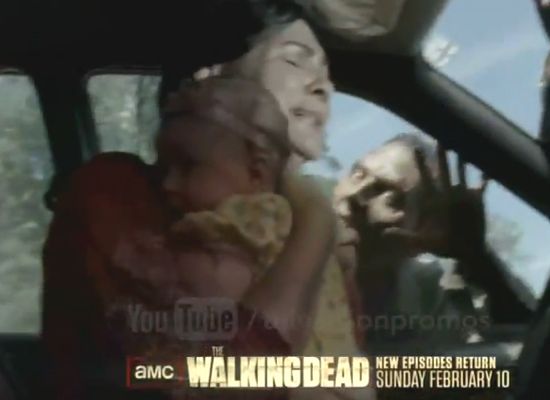 A recent trailer for the return of The Walking Dead season 3 has revealed a couple spoilers. We've already covered what appears to be the death of one of the cast members in the trailer. Now, another image has led to speculation over if The Walking Dead might be adding a second baby to its cast. In the image above, a woman is shown clutching a baby, while a walker looks in through the car window. At first glance, most would likely assume this is baby Judith Grimes, but who is the woman holding her? The woman's face sort of looks like Carol, but her hair is too long. The hair sort of looks like Maggie, but the face doesn't look quite right. Could this be a new mystery woman on The Walking Dead? And if it is a new mystery woman, then could it also be a new mystery baby? The baby certainly appears to be bigger than a newborn like Judith Grimes. We're thinking this could possible be a second baby being added to the cast. 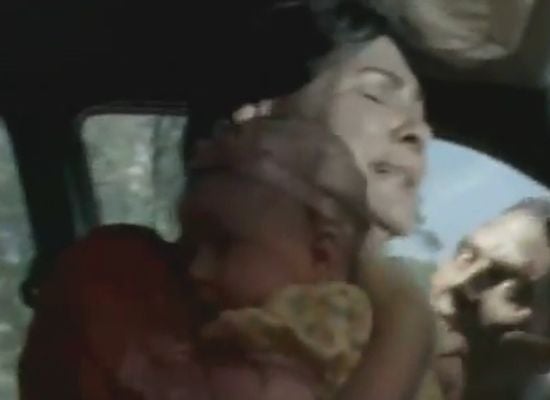 Is The Walking Dead Getting A Second Baby?