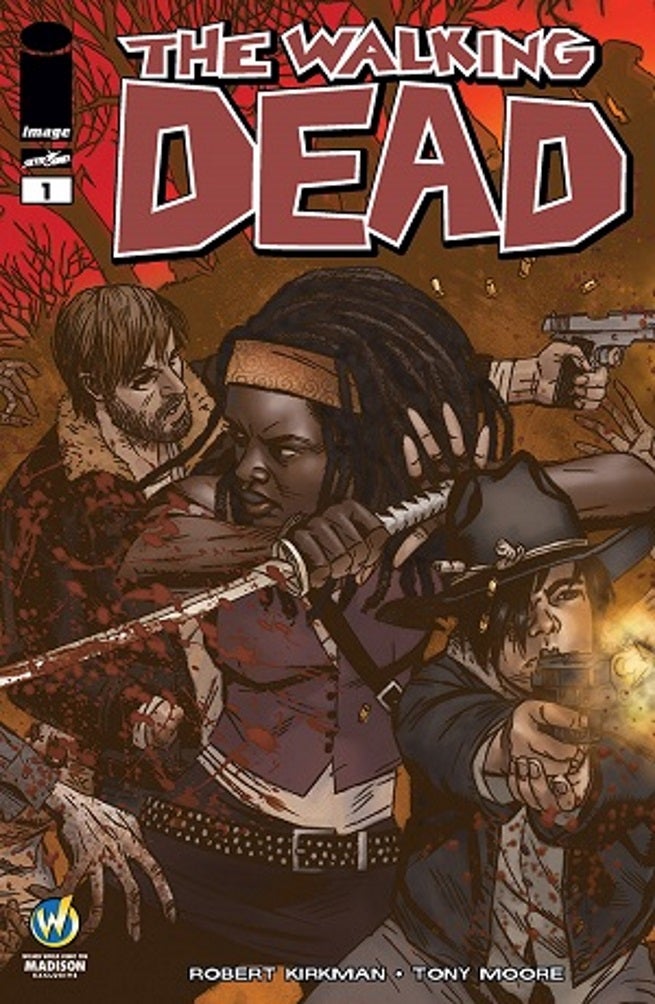 Wizard World has revealed Michael Golden's exclusive The Walking Dead #1 variant cover, to be to be given to attendees at the first ever Wizard World Comic Con Indianapolis, February 13-15.

The cover will be given to all full price attendees of the inaugural Indianapolis event, while the limited supplies last. VIP attendees will also receive a limited edition black and white version of the variant.

Golden is a veteran comic book artist, having worked on characters and titles from Batman to Captain America to Vampirella. Golden will also be hosting a "Storytelling" panel at the Wizard World event.

"Michael has been a fixture at Wizard World Comic Cons as one of our most prominent artists," says John Macaluso, Wizard World CEO, via press release. "This cover reflects the amazing, colorful art that has been his trademark."

Golden's is the fourth variant in a yearlong series of limited edition The Walking Dead #1 variant covers being given away at Wizard World conventions nationwide. Find out more at the Wizard World website.