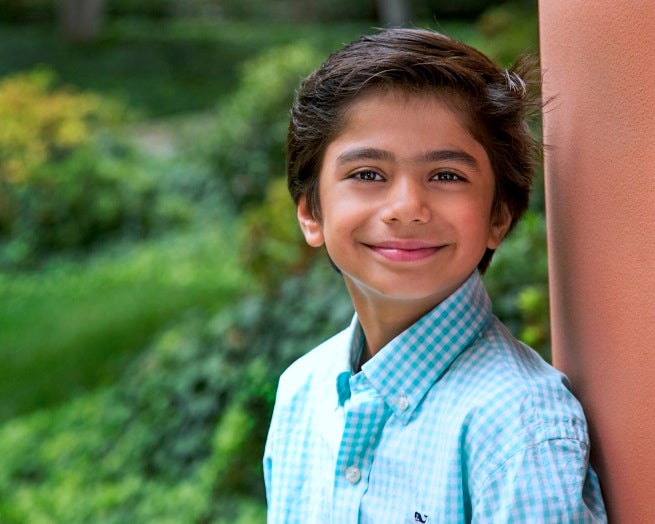 The announcement from Disney comes after a worldwide search, ranging from Sethi's hometown of New York, all the way to New Zealand.

"Casting is the most important element of any film and finding the right kid to play Mowgli was imperative," said director Jon Favreau. "Neel has tremendous talent and charisma. There is a lot riding on his little shoulders and I'm confident he can handle it."

"Neel embodies the heart, humor, and daring of the character," adds casting director Sarah Finn. "He's warm and accessible, yet also has an intelligence well beyond his years and impressed us all with his ability to hold his own in any situation. Even though he has no professional acting experience, his natural charisma and instincts jumped out at us."

Sethi will be the only live action actor on screen in The Jungle Book, which will be a mix of live action and animation. The film will come to theaters October 9, 2015.

Neel Sethi Cast As Mowgli In The Jungle Book