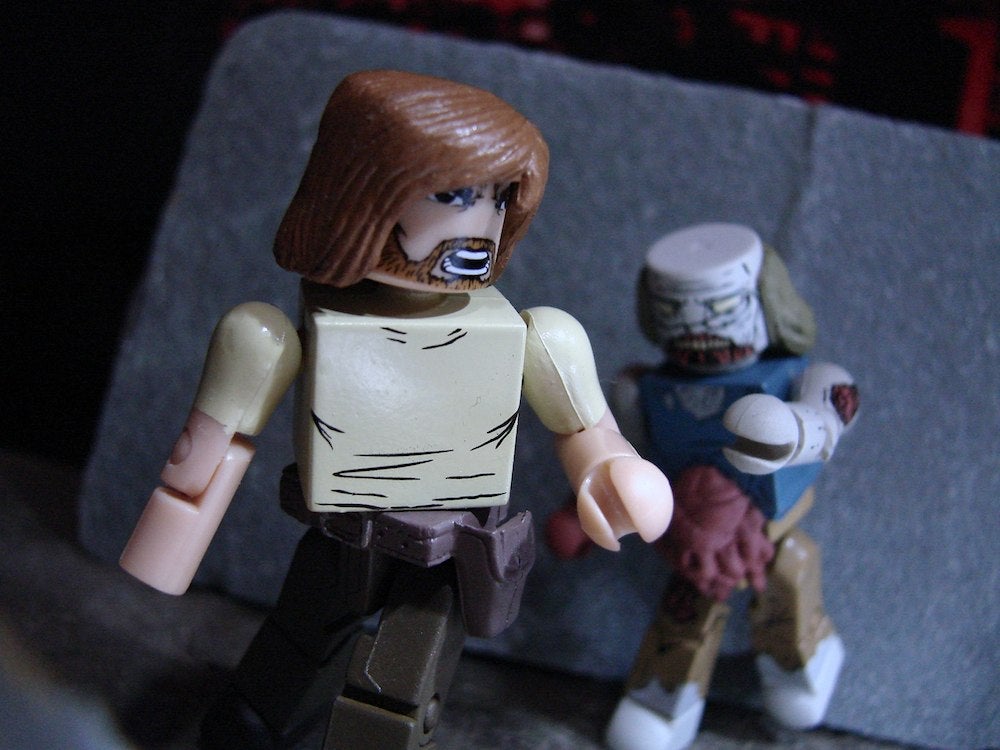 Diamond Select Toys and Toys R Us have announced the latest in their line of The Walking Dead Minimates, based on the hit comic book series from Robert Kirkman and Charlie Adlard and the TV show it spawned on AMC.

Based on the epic "All-Out War" storyline that concluded last year, the figurines will be available in stores and online at the Toys R Us website in March.

You can check out the official descriptions and photos above and below. 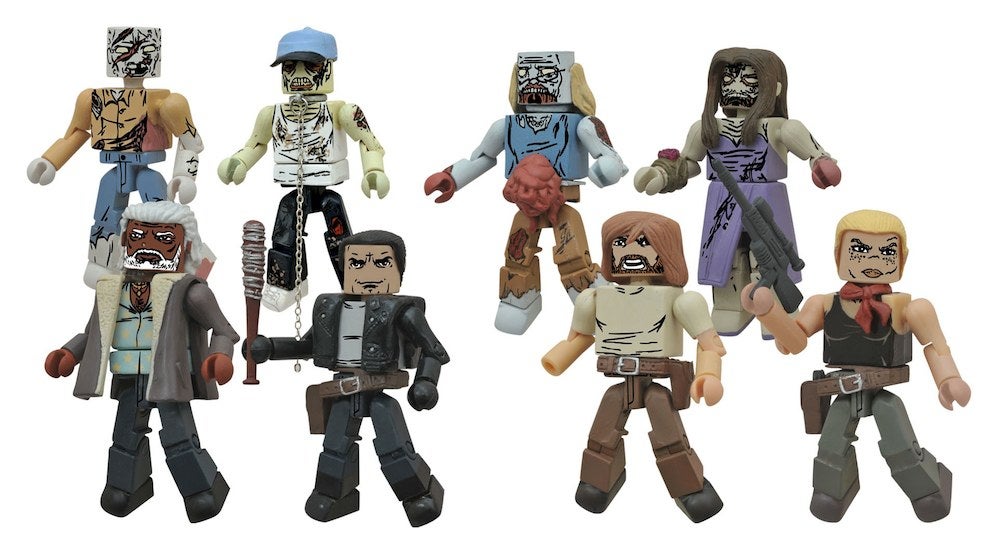 The assortment features four two-packs, each pairing a human character with a zombie. The human line-up includes:

Alexandria Rick Grimes – Living in the walled city of Alexandria with his fellow survivors, Rick leads the community to war against the Saviors. Rick comes packaged with a Balding Zombie.

Negan – Negan is the leader of the saviors, and enforces their draconian laws. He is deceptively polite, but has the potential for terrible violence. Negan comes with a gate-guarding Thug Zombie and his barbed-wire baseball bat Lucille.

Ezekiel – Ezekiel is the leader of the Kingdom, and plays the role of king with gusto. When Rick votes to stand against the Saviors, Ezekiel agrees. Ezekiel comes with a Mauled Zombie. Available exclusively at Toys"R"Us beginning in March.

Andrea – One of the few remaining members of Rick's original group, Andrea has become an excellent shot, and is Alexandria's resident zombie sniper. Andrea comes with the Prom Zombie, who was the winner of a poll conducted by the official The Walking Dead magazine to be the next zombie Minimate. Available exclusively at Toys"R"Us beginning in March.

New The Walking Dead Minimates Headed To Toys R Us