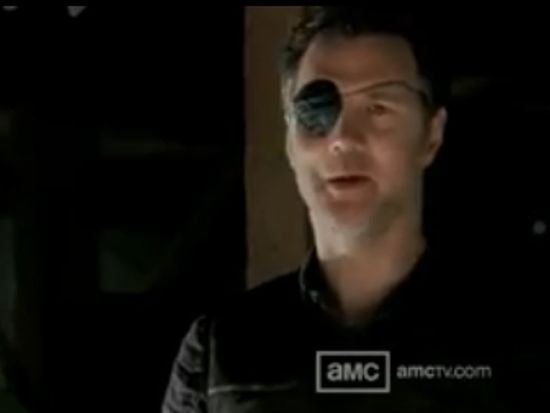 AMC has released yet another new trailer for The Walking Dead season 3 mid-season premiere. Of course, there's a lot of the same stuff we've seen before, but there's also quite a bit of brand new footage in this trailer. While previous trailers have only shown us very brief glimpses of Tyreese and his group, the additional footage gives up Tyreese fighting and looking surprised. Also, there is some new Daryl Dixon footage, as he warns Rick that the Governor's on his way to the prison right now. Maybe, the biggest surprise however is that the trailer appears to show Rick and The Governor face to face, but it could just be the way AMC has spliced the trailer together.  First, Rick is shown saying, "So, here we are." Then, the camera pans to The Governor in what looks to be the same room. The Governor responds, "We have a lot to talk about." The Walking Dead returns with new episodes on AMC on Sunday, February 10, 2013.