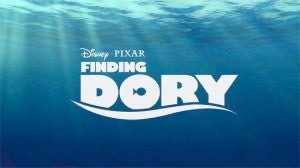 Disney did some reshuffling of their big tentpole movie schedule for the few years today, announcing that The Good Dinosaur, the forthcoming Pixar film originally planned for a May 2014 release, will now be released in November 2015. The move, made shortly after The Good Dinosaur director Bob Petersen left the film reportedly at Pixar's urging, means that 2014 will be the first year since 2005 that there has been no Pixar release in theaters. While the Pixar films are reliable earners for Disney, one assumes that the necessity of having a big tentpole is somewhat less, with both Marvel and Star Wars films slated to dominate the next several summers. The Good Dinosaur will bump Finding Dory, Disney/Pixar's Finding Nemo sequel, to November 2016, vacating the weekend that The Good Dinosaur will now fill. Disney's luck with sequels has been erratic; the Toy Story movies have been well-received, but Cars 2 (a sequel to Cars, which was not in and of itself a critical boon for the company) was a disaster. While this year's Monsters University performed strongly and got generally good reviews, the delay in getting the film made meant that many members of the core Pixar demographic weren't yet born when Monsters Inc. was released in U.S. theaters the first time back in 2001. Finding Dory will have similar timing, with the sequel coming 13 years after Finding Nemo. Maleficent will now be out on May 30, 2014 instead of its originally-slated July 2 date, a move that avoids the trouble of competing against Transformers: Age of Extinction, Fast & Furious 7 and the World Cup.