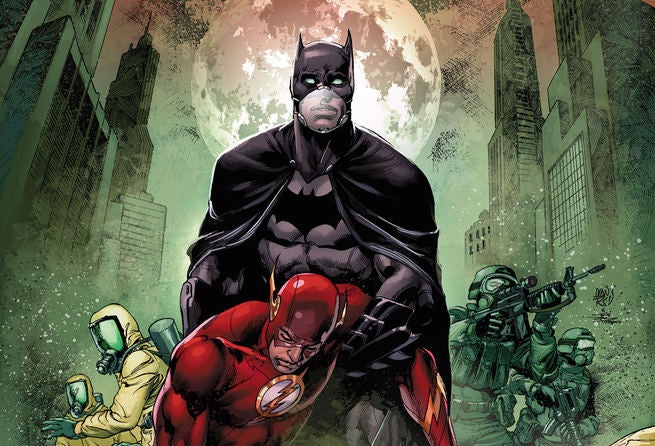 In this week's Justice League #37, Superman and Batman are attempting to rescue their Justice League teammates and the rest of the United States from the fast-sweeping Amazo Virus, a new disease that originated from Lex Luthor's LexCorp Labs and has already reduced Metropolis to a city that resembles a post-apocalyptic wasteland.

The Amazo Virus is far from the first plague-like disease to impact the comic book world. A number of very famous storylines and comic book series starring some of the industry's most iconic characters have been built around viral outbreaks that threaten the existence of humanity. This list looks at the five very best series or storylines featuring the fictional world's deadliest diseases. 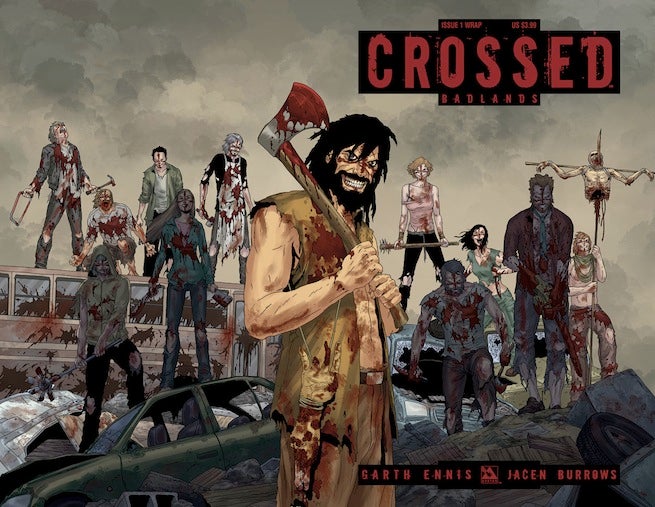 This 2008-10 limited series, which was published by the independent Avatar Press, sprung forth from the dark mind of Garth Ennis. Similar to The Walking Dead (more on that in a bit), Crossed is horror comic based in a post-apocalyptic universe. But rather than focus on world of flesh-eating zombies, Crossed features a plague that causes its victims to carry out its darkest, most vicious desires. As such, this is your typical Ennis comic, filled with blood, guts, and other uncomfortable scenes, while humanity is nearly wiped out from all of the killing, raping and cannibalizing. 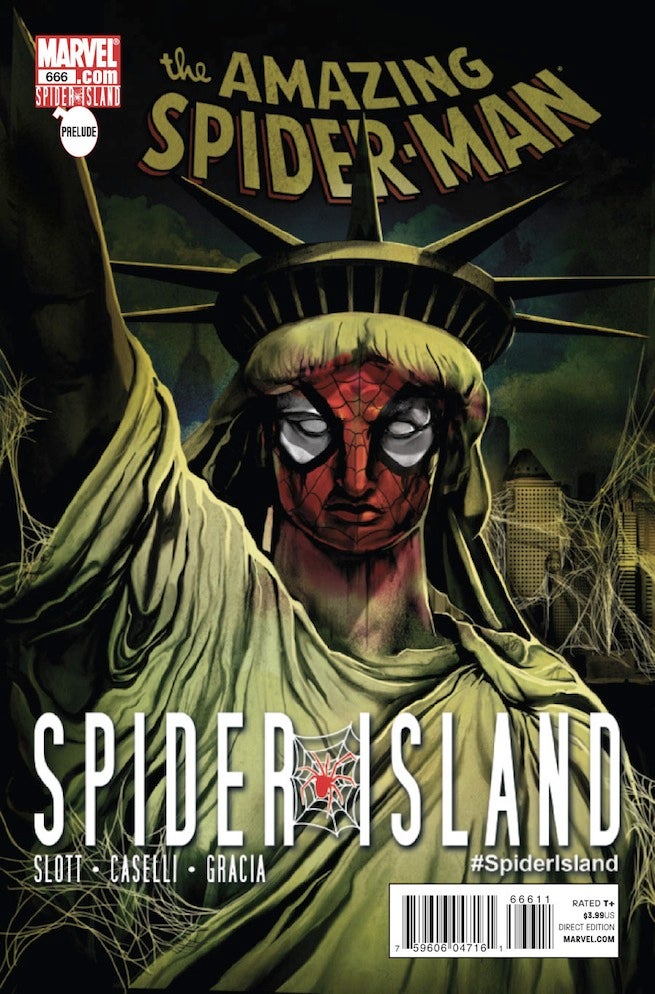 In case there was any doubt that when Dan Slott does a big event, he does a really BIG event, 2011's "Spider Island" was spread out across seven issues of Amazing Spider-Man and countless tie-in issues, crossovers and dedicated miniseries (similar to the current "Spider-Verse" arc).

While not as far-reaching or as potentially catastrophic as some of the other plagues and outbreaks that will be featured on this list, "Spider Island" deals with an outbreak that affects all non-super-powered individuals in Manhattan by initially giving them the abilities of Spider-Man (heightened reflexes, spider-sense, wall-crawling, etc.) before eventually transforming them into giant spider monsters. Certainly, being turned into a spider monster is a bit alarming, but at the brisk and breezy pace that Slott builds his story, the apocalypse never seems imminent. The whole scheme was perpetrated by everyone's favorite clone-maker, Jackal and a super-deep cut villain, the Spider Queen.

Slott, ever the long-term planner, even plants some seeds in "Spider Island" that sprouted and came into play during the epically controversial Amazing Spider-Man #700/Superior Spider-Man transition a year later. 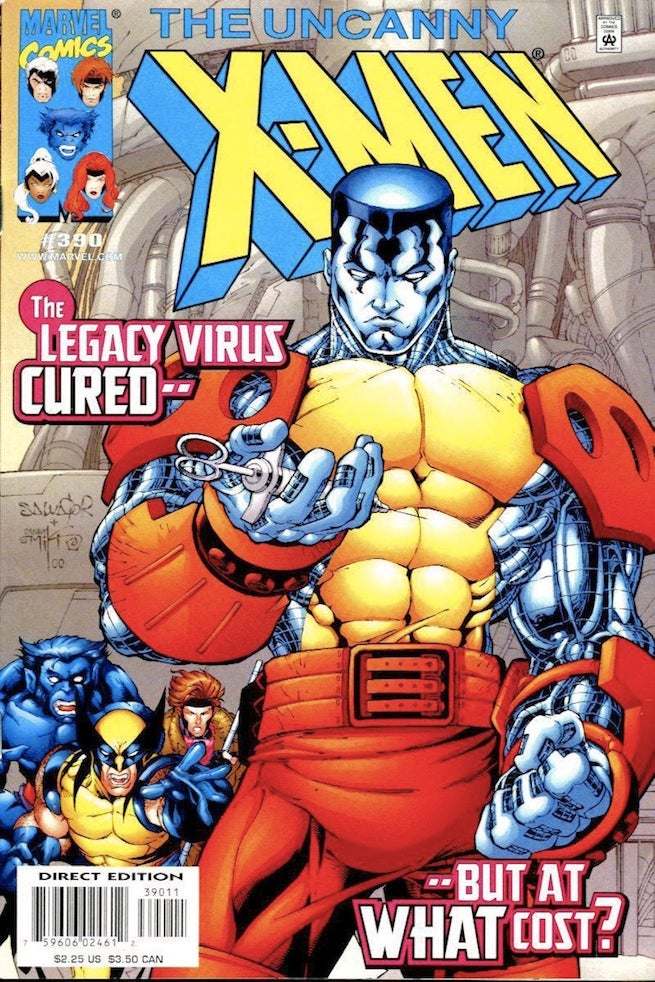 Two stories separated by about eight years in real-time, these Uncanny X-Men issues focus on the two most high profile victims of a fictional plague known as the Legacy Virus.

This virus was introduced in the world of X-Men comics in 1993, targeting Marvel's mutant population. Over the years, the Legacy Virus killed hundreds of mutants, and even started to affect non-mutants as well. The virus was first introduced to the world via Stryfe, a clone of Cable that was raised by Apocalypse.

The first iteration of the virus, dubbed "Legacy-1," infected Illyana Rasputin, better known as Magik (and sister of Colossus). In 1993's Uncanny X-Men #303, Illyana is killed by the virus, stunning Colossus into silence. Adding to the emotional weight of the issue, Scott Lobdell scripted an exchange between a grief-stricken Jubilee and Jean Grey, where Jean tells the younger mutant that we come into the world and leave it the same way – "alone."

The tale of the Legacy Virus came full circle in 2001 when a cure for the disease was developed but could only be made airborne if a mutant sacrificed his life. Despite this plot twist seeming a tad implausible, Colossus poetically injects himself with the "cure" for the disease that claimed the life of his sister and dies, effectively ending the spread of the disease across the globe. 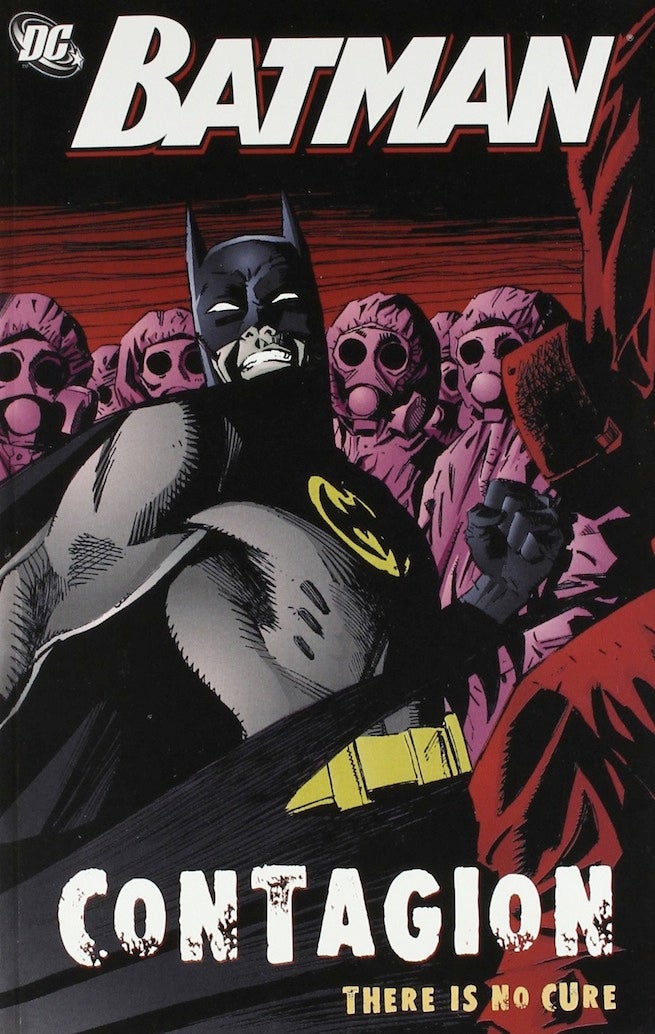 This 1996 storyline which traversed all of the Bat-family titles could be considered the opening salvo in a series of arcs that culminated with the epic "No Man's Land." "Contagion" focuses specifically on the outbreak of the Ebola-Gulf A Virus, also known as "the Clench," throughout Gotham City. When Batman discovers that one of the carriers is an extremely wealthy individual living within the private residential complex, Babylon Towers, the race is on between Batman and Robin and a group of hired bounty hunters to find a survivor from a previous Clench outbreak in order to develop an antidote. Batman and Robin ultimately team-up with Catwoman, Azrael and even Poison Ivy to try and save Gotham from this virus.

In the following storyline, "Legacy," Batman and his stable of unlikely allies follow a path for the cure to the Middle East where they find the deadly Ra's al Ghul and Bane (who Batman had not faced since his back was broken during "Knightfall"), who intend to release a pure strain of the virus into Gotham. From there, a major earthquake hits Gotham (in "Cataclysm"), setting the stage for city being roped off from the rest of the civilized world in "No Man's Land." 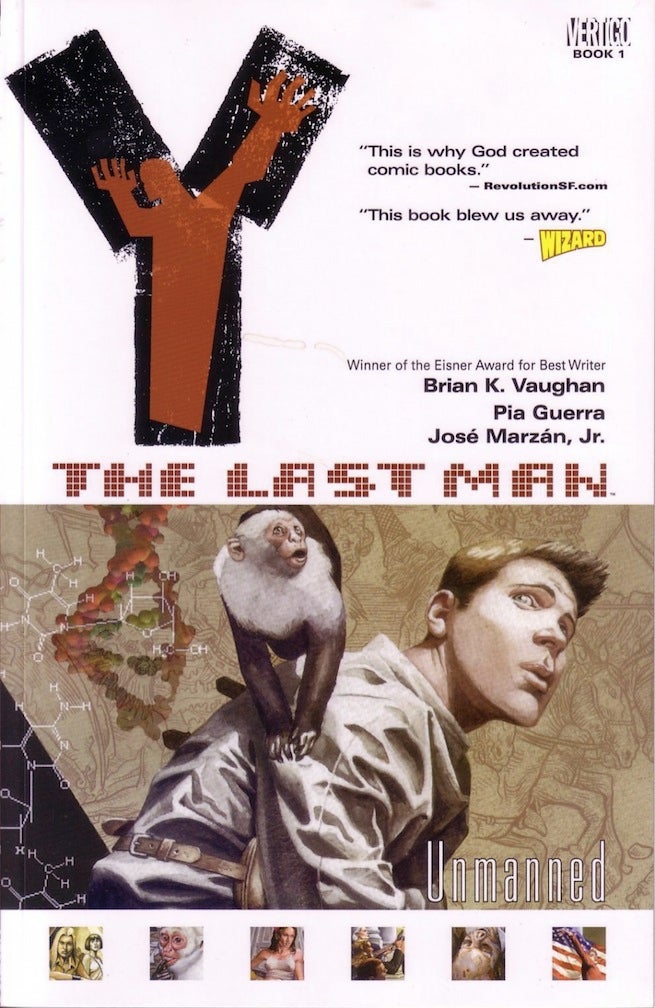 A critical darling that was also a recipient of the Hugo Award for Best Graphic Story and the Eisner Award for Best Continuing Series, Veritgo's Y: the Last Man is an exhibition of what writer Brian K. Vaughan does best – developing compelling, diverse characters that connect to and engage readers (only to pull the rug out from under us with some kind of cruel twist of fate).

As the title of the book indicates, Y: The Last Man's plague premise is based around the Y chromosome that all men carry. At the onset of the series, which ran for 60 issues between 2002 and 2008, a plague wipes out every living thing that carries the Y chromosome, including embryos, fertilized eggs and sperm. Only two male creatures survive the outbreak, a man named Yorick Brown, and his monkey Ampersand. After this disease spreads, the world plunges into chaos, as the surviving women try to make sense with things and deal with humanity's imminent extinction. Meanwhile, Yorick becomes one of the most valuable commodities in the world, holding the key to humanity's survival or eradication. So, naturally a number of warring factions attempt to capture him for personal gain. 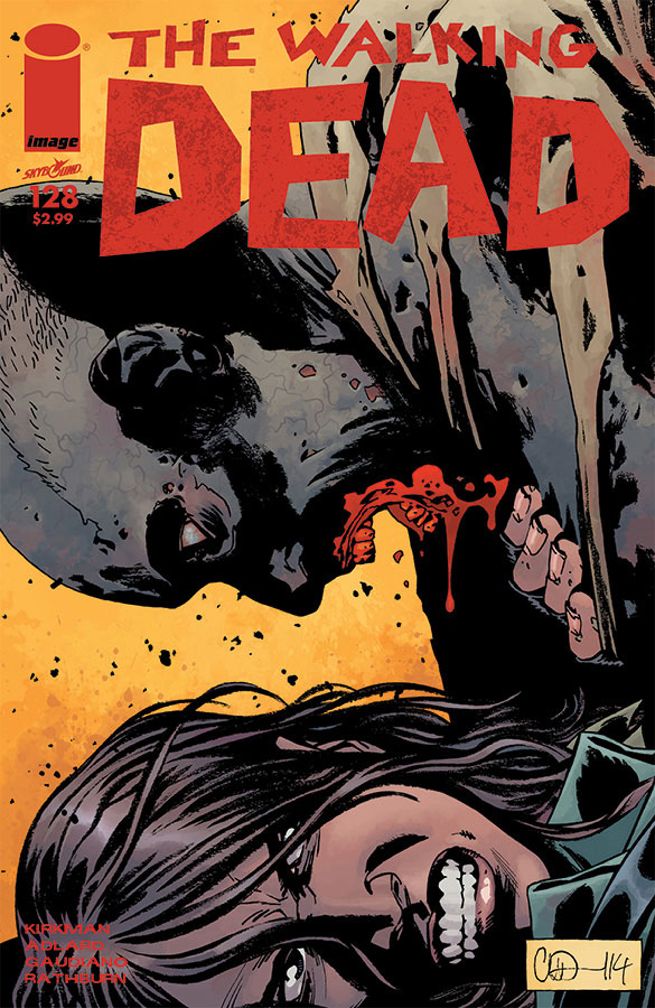 Arguably the most popular post-apocalyptic comic book to ever be produced, The Walking Dead is an absolute juggernaut for its publisher, Image Comics, consistently ranking as one of the top-selling comics every month and spawning one of the most-watched cable television series of all time.

The series starts with Rick Grimes, a sheriff's deputy in Kentucky, waking up from a coma to find a world overrun with flesh eating zombies that infect you with their bites and scratches. Over the course of the book's 130+ issues, Rick and his accompanying group of survivors (a cast that is almost always in flux given the high body count found in this book), are both seeking some semblance of a "cure" for the zombie plague, while also trying to find ways to persevere in a world where the undead are not always their biggest threats. And just for an added layer of horror, early on in the series Rick discovers that this mysterious plague has seemingly been contracted by everybody – meaning that if any of the living are killed by other means besides a zombie bite, they will still come back as the "walking dead." That's one crazy virus.