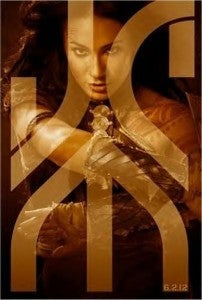 , Disney's adaptation of the series of novels by Tarzan creator Edgar Rice Burroughs, is film about a man who goes to unknown world. He might save a princess and a few other other things along the way. But the movie has some nice depths to it. And despite being nearly two and a half hours long, it did not feel any longer than a normal movie runtime. John Carter is a man who has been in the Calvary and from some past event has become extremely upset and now is something a lone wolf. He falls upon a mysterious character who surprises him early in the story, in whose possession is a medallion which seems to hold some power and transports Carter to a war-torn Mars. There's an undercurrent of comic relief that makes the movie charming and aid it in many ways. Without it the movie would just be all action and romance, not as inciting and lacking in flavor that helps to make certain characters lovable. Most of the film take place on this planet so be prepared to like the weird and possibly some confusing bits. Thankfully these bits don't keep you lost for the whole movie. In a film with a lot of characters, it's the first ones Carter (and by extension the audience) encounters who are the most engaging. Not only are they weird-looking, but they have a story whereas many of the others don't really go in depth, which is probably a good thing. It is certainly an action-packed movie with creatures, flying machines, intriguing cities, and more. But one of the best and most interesting choices the filmmakers made regarded the blood. Of course, as you read that you are thinking of the worst scenario but don't. On the planet blood is blue, and the oddness of it actually makes it somewhat easier to ignore. This makes all the action-packed scenes which in most movies be a bloody mess easier for the audience to focus more on the fight and think about what is going on, rather than focusing on the gore. They worked very well with the Tharks, who have 4 arms, 4 hands, and 20 fingers (including the thumb). The animators took special pains to  make the characters use these extra appendages perfectly, adding character and even maybe humor to the already strange race. In the end, you want to know whether to see it or not. Go ahead! Many are of daunted by it's long runtime and to each their own--but it was surprising how much well the film moved along throughout, keeping the screen moving and the story. Not to mention some intriguing creatures I wouldn't even mind meeting if I could.

Review: John Carter is Weird, Charming and Moves Right Along

Ant-Man and the Wasp: Quantumania Funko Pops Are On Sale Now