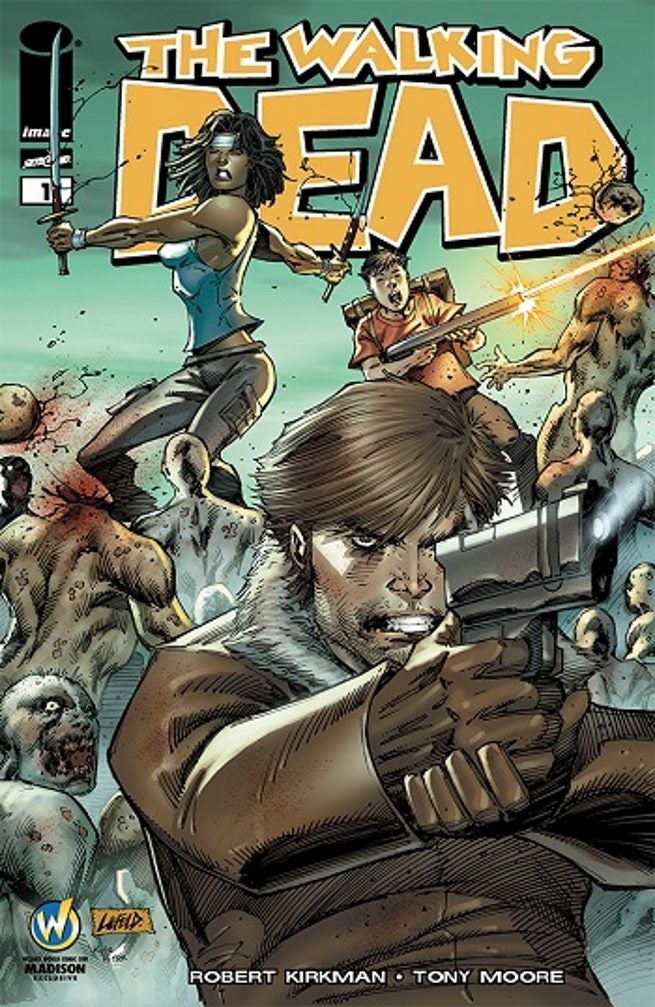 Wizard World has revealed an exclusive The Walking Dead #1 variant cover, drawn by iconic artist and Image Comics co-founder Rob Liefeld, to be to be given away to attendees at Wizard World Madison Comic Con on February 6-8.

The cover will be given to all full price attendees of the inaugural Madison event, while the limited supplies last. VIP attendees will also receive a limited edition black and white version of the variant.

Liefeld made his name working on some of Marvel's bestselling X-Men titles of the 1990s, including New Mutants and X-Force, and created iconic characters like Deadpool and Cable. He followed that up by co-founding Image Comics, and creating new characters and series like Youngblood, Glory, and Prophet under his own Extreme Comics imprint.

"As the co-creator of Deadpool and one of the most influential and important artists of the past 25 years, Rob has cemented his place among the top talents," says John Macaluso, Wizard World CEO, via press release. "Rob was one of the earliest supporters of The Walking Dead and Robert Kirkman and we are thankful he did such an amazing cover for the fans of Madison!"

Liefeld's variant is the third in a yearlong series of limited edition The Walking Dead #1 variant covers being given away at Wizard World conventions nationwide. Find out more at the Wizard World website.