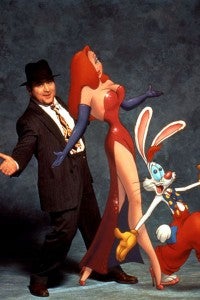 The long-gestating sequel to Robert Zemeckis's fan-favorite animted/live-action mashup movie Who Framed Roger Rabbit? is apparently no longer going to happen, with the director blaming changes at Walt Disney Studios for the loss of support for the project. "There's been a lot of changes at Disney Studio," Zemeckis told the Empire Magazine podcast (audio embedded below). "I don't think it's on the cards, I don't think it's going to happen." Zemeckis declined to go into more detail, or to share information about the script, as there's still an outside chance the movie could get made. In the recent past, he had seemed more confident that the project could happen, so it's difficult to say whether some of that was wishful thinking (either by Zemeckis or the media covering it) or whether something dramatic may have happened behind the scenes to shift his perception. He did say, though, that if the film turns out to be absolutely dead, he'll share the premise-along with the 3-D test footage for a Yellow Submarine movie (based on the classic Beatles cartoon, obviously) that has also since been abandoned.

DC's Legends of Tomorrow: "Rage Against the Machines" Photos Released