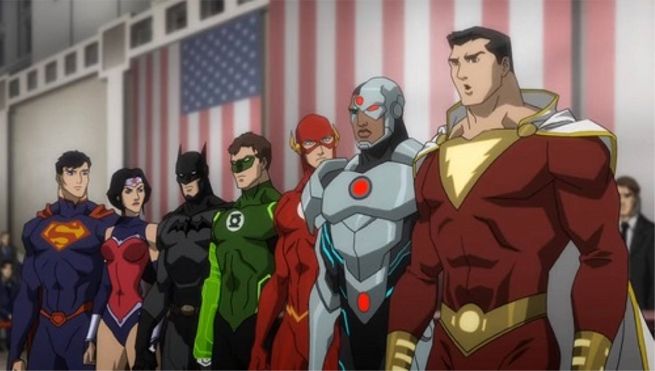 After Dwayne "The Rock" Johnson's announcement earlier today that he would be playing the Black Adam character in a Shazam movie, more information has been slowly leaking out about the film. One of the biggest questions that fans have had about Shazam is whether or not the character would exist in the same DC Cinematic Universe as Batman V. Superman: Dawn of Justice, which is leading up to a Justice League movie.

In an interview with Entertainment Weekly, New Line president Toby Emmerich appears to have answered that question. New Line is the Warner Bros. subsidiary that will be producing the Shazam film.

Emmerich said, "It feels to me like Shazam will have a tone unto itself. It's a DC comic, but it's not a Justice League character, and it's not a Marvel comic. The tone and the feeling of the movie will be different from the other range of comic book movies."

The comments seem to be an indication that Shazam will not exist in the same universe as Batman, Superman, and the rest of the Justice League. The Shazam film sounds like it will be a standalone movie.

Another big rumor that Emmerich seems to have squashed was the report that Warner Bros. had a no jokes policy when it comes to DC Comics movies. Emmerich indicated that the Shazam film "will have a sense of fun and a sense of humor. But the stakes have to be real."

Shazam Will Not Be A Justice League Character, Film Will Have A Sense Of Humor