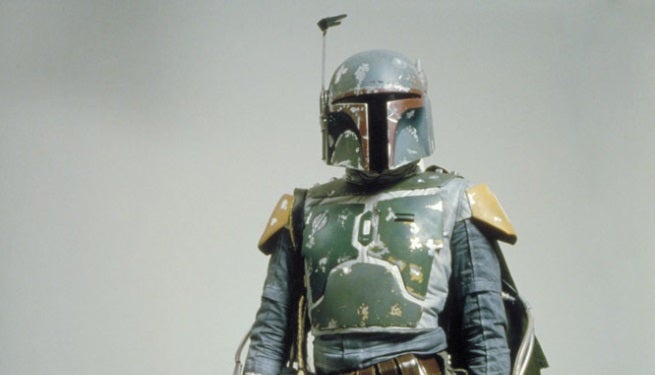 In the run-up to Star Wars Episode VII, there have been a number of rumors that characters like Darth Vader and Boba Fett might find their way back onscreen in spite of having died in previous episodes.

It seems that, while that might be a near-impossible sell for Darth Vader (we've seen his Force Ghost and all), the odds of discovering that Boba Fett survived his fall into the Sarlacc Pit are significant better.

That's according to Star Wars historian J.W. Rinzler, who held a Reddit AMA session today and revealed that George Lucas had told him personally that Fett didn't die when the original trilogy made it seem like he did.

Asked whether he thinks Boba Fett survived the events of Return of the Jedi, Rinzler said,

Yes, he does. I have been in meetings with George where he confirms that Fett survived. If it comes from George then it's true!

Of course, that was borne out in the Expanded Universe, where fans knew that Fett had found a way out of his predicament. Star Wars canon has been recently revised, though, and now anything that hasn't been explicitly referenced in one of the theatrical films or Clone Wars and Rebels probably doesn't "count." Lucas, however, remains the "word of God," at least unless and until someone at Disney decides to openly contradict something he's said or done.

The character is one of a number of Star Wars heroes and villains reportedly being considered for stand-alone solo films set in between the official Episodes.