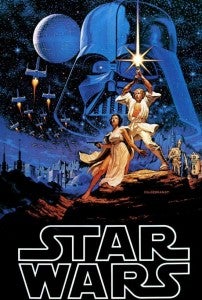 A new report out today says that The Girl With the Dragon Tattoo director David Fincher and Iron Man director Jon Favreau are hoping to be considered to direct Star Wars Episode VII. Deadline reports, "I've also heard Jon Favreau is panting after this job, and even that David Fincher, who apparently worked for Lucas's ILM in a menial job as a teen, might be game for one of these new films. Unfortunately, we are getting nothing out of Lucas Land on what they call speculation." Generally, that sort of thing falls under the category of rumor and gossip, but in this particular case the Fincher claim is backed up by a second report, over at Indiewire where they say they've heard that he was in the running ever since the film was announced, but that they hadn't yet reported it because it seemed too uncertain. Fincher is best known for darker fare like Fight Club and Se7en, but has recently taken on some more mainstream work, including the aforementioned adaptation of Stieg Larsson's Girl With the Dragon Tattoo and the Aaron Sorkin-scripted The Social Network. Favreau has been a fan and journalist favorite to get the gig ever since it was first announced, having been responsible for kickstarting the Marvel Cinematic Universe with Iron Man, a film with a ton of history and high expectations that he still had to build essentially from spare parts (pardon the accidental similarities to the actual movie's plot). Of course, the fact that any given directors are interested doesn't necessarily put them on anyone's radar at Lucasfilm, although with guys this notable it's hard to imagine that Disney doesn't read a report like this and take pause.