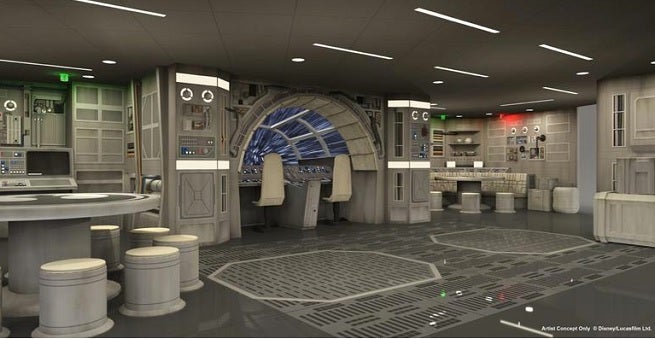 With Disney now owning Lucasfilm and making fistfuls of Star Wars movies, it was only a matter of time before we started to see the lucrative Star Wars license reaching out to some of the more esoteric parts of the Mouse's empire.

You can see concept art above; the actual project isn't completed.

Previously, in February, the cruise line announced "Star Wars Day at Sea" packages for the Disney Fantasy cruise ships on Western Caribbean sailings from January to April 2016. They're also introducing Wreck-It Ralph-themed play and snack areas and a Jedi Training Academy not unlike the S.H.I.E.L.D. one that has been added to a number of Disney attractions.