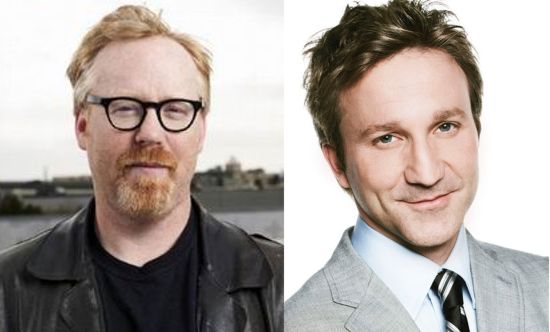 After tonight's "Internment" episode of The Walking Dead, there is an hour long Talking Dead. Chris Hardwick is the host of the Talking Dead. After a wild episode with Marilyn Manson, last week's Talking Dead proved to be one of the best episodes yet with wrestler Chris Jericho making several interesting points. On tonight's episode of Talking Dead, the celebrity guests are MythBusters co-host Adam Savage and actor Breckin Meyer. On MythBusters, Adam Savage regularly either confirms of disproves various myths through testing and experiments. Breckin Meyer is an actor and comedian who has appeared in several movies and TV shows. He currently plays Jared Franklin on the TNT TV series Franklin & Bash. For the second week in a row, it looks like the Talking Dead will not have a cast or crew member as a guest, unless a last minute surprise guest is announced. The Talking Dead airs on Sunday, November 10, 2013 at 10 PM ET on AMC.

Call of Duty: Vanguard Install Size Will Be "Significantly" Smaller Than Previous Games