After tonight's "Clear" episode of The Walking Dead, there is an hour long Talking Dead. Chris Hardwick is the host of the Talking Dead, and some of the questions he will be discussing tonight are "about Rick and his plans to take Michonne on the run with him," "about Milton and his place in The Governor's plans," and "about Tyreese's group now that they have found refuge in Woodbury." On tonight's episode of Talking Dead, the celebrity guests are comedian Aisha Tyler and actor Scott Porter. Aisha Tyler is best known for playing Andrea Marino in the first season of Ghost Whisperer and voicing Lana Kane in Archer, while Scott Porter is best known for playing Jason Street in NBC's Friday Night Lights. The Talking Dead airs on Sunday, March 3 at 10 PM ET on AMC. 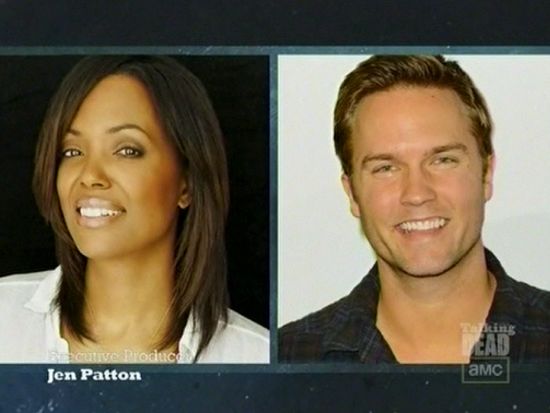