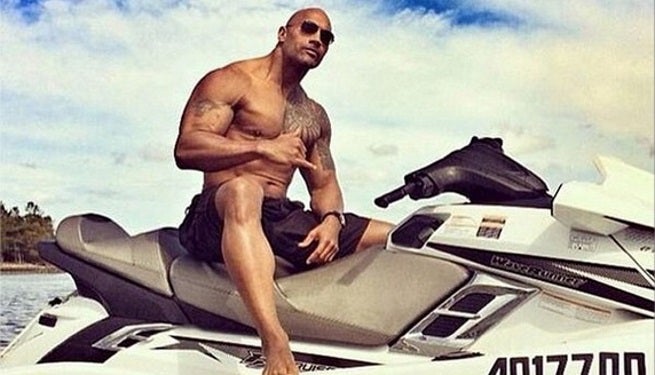 Dwayne "The Rock" Johnson has confirmed that he will be starring in the upcoming Baywatch movie.

Johnson confirmed by posting an photo of himself on a jet ski (embedded below), with the status update:

"This is my beach bitch!" Rumors are true... we're making #BAYWATCH the movie. Edgy, raunchy and hopefully, funny as all hell. Cue slo mo running on the beach... #WhoNeedsMouthToMouth #RedShortsBeHugginABrotha

The film will be a comedic take on the television action-drama series that ran from 1989 until 2001, and featured the acting talents of David Hasselhoff, Pamela Anderson, Jason Mamoa, and many others.

Baywatch is being developed by Paramount Pictures.