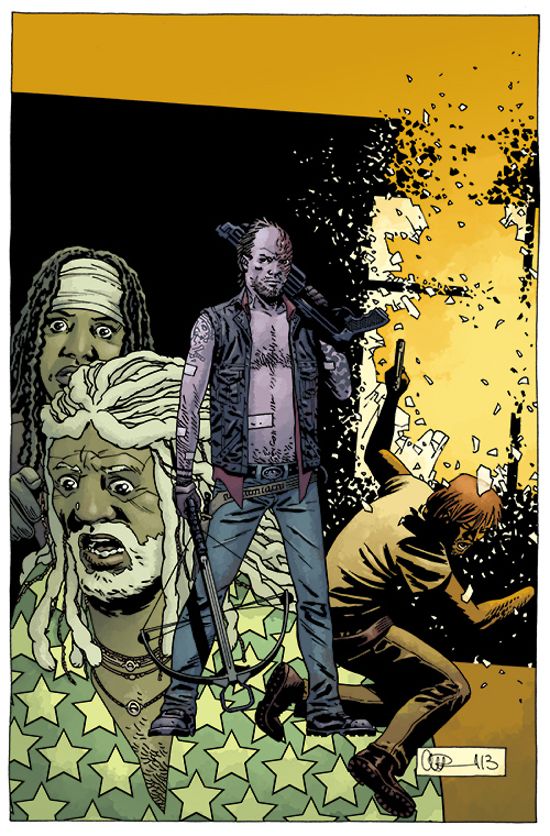 Skybound Entertainment has released a very brief sneak preview (and we do mean brief) of The Walking Dead #119. The preview consists of just three panels from the ongoing "All Out War" storyline. The only teaser text for the issue is "The war comes home." The Walking Dead #119 "All Out War" Part 5 is written by Robert Kirkman with art by Charlie Adlard, Stefano Gaudiano, and Cliff Rathburn. The cover is by Charlie Adlard and Dave Stewart. The cover features a man holding a crossbow. And no, the man is not Daryl Dixon. It's Dwight, who is one of The Saviors. His half-burnt face came courtesy of Negan, the leader of The Saviors. The Walking Dead #119 is scheduled to be released by Image Comics in comic book stores on January 8, 2014. 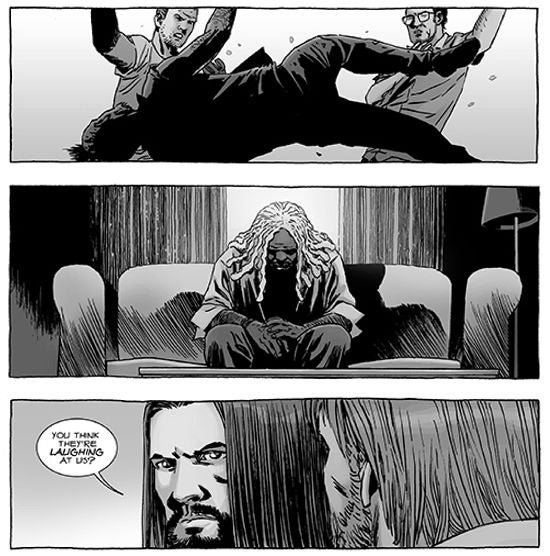