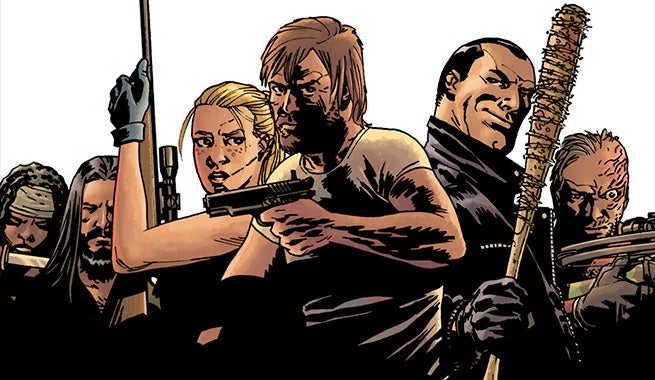 AMC's The Walking Dead returns to television for it's sixth season in late October. Just before that though, fans of the comics - or tv series fans who want to get a jump on things to come - can get their hands on The Walking Dead Compendium Three.

Writer and creator Robert Kirkman and Eisner Award-winning artist Charlie Adlard's Image Comics The Walking Dead series has been in print for over 11 years now. Compendium Three will feature issues 97 through 144, whose original prints date back to May 9, 2012. In other words, this is the comic-reader equivalent to binge watching a Netflix series. The compendium starts with the Something To Fear (issues 97-103) arc and includes the All Out War story line, where Rick Grimes and his band of survivors are pitted against Negan and the Saviors. Of course, that also means Negan's infamous issue #100 introduction is also printed on these pages. 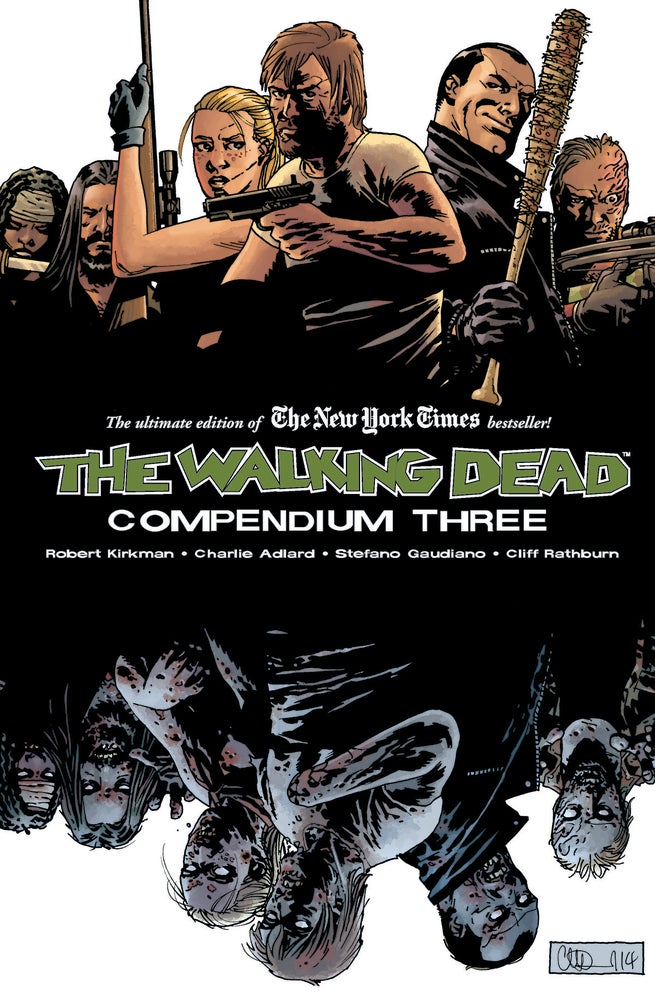 The Walking Dead Compendium Three To Be Released October 13

Vans Launching Horror-Themed Sneakers Honoring IT, The Shining, and More

Riverdale: "Next to Normal" Preview Released