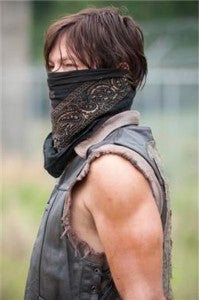 After The Walking Dead Season 4 Premiere, AMC released a special sneak preview video for next week's Episode 402, which is titled "Infected." When this title was first announced, many suspected that it was referring to the zombie infection. However, it should have been obvious from the end of the premiere episode that "infected" is referring to something else. According to the official AMC Description for the "Infected" episode, "As the group faces a brand new enemy, Rick and the others must fight to protect the livelihood they worked so hard to create at the prison." The "Infected" episode of The Walking Dead is written by Angela Kang and directed by Guy Ferland. "Infected" airs on Sunday, October 20, 2013 at 9 PM ET on AMC.