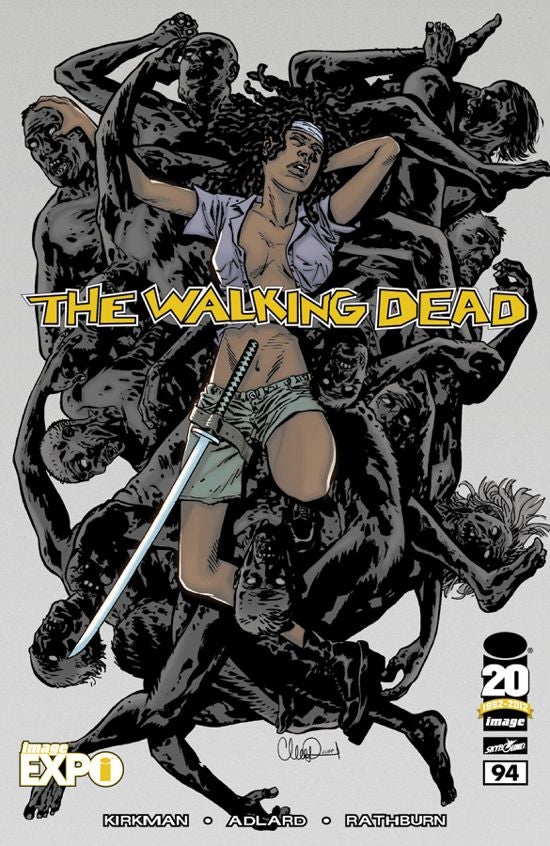 Image Comics has released images for six variant covers that will be available at the upcoming Image Expo. Among the six variants is an exclusive variant cover for THE WALKING DEAD #94, which will be given away free to the first five thousand attendees of the Image Expo. The exclusive Walking Dead cover features Michonne, katana at her side, atop an intertwined mass of zombies. In addition, an exclusive GLORY #23 featuring a new cover by Ross Campbell and the slogan "FIGHT CENSORSHIP" will be sold for the benefit the Comic Book Legal Defense Fund. The GLORY #23 variant will be available only at the CBLDF booth. 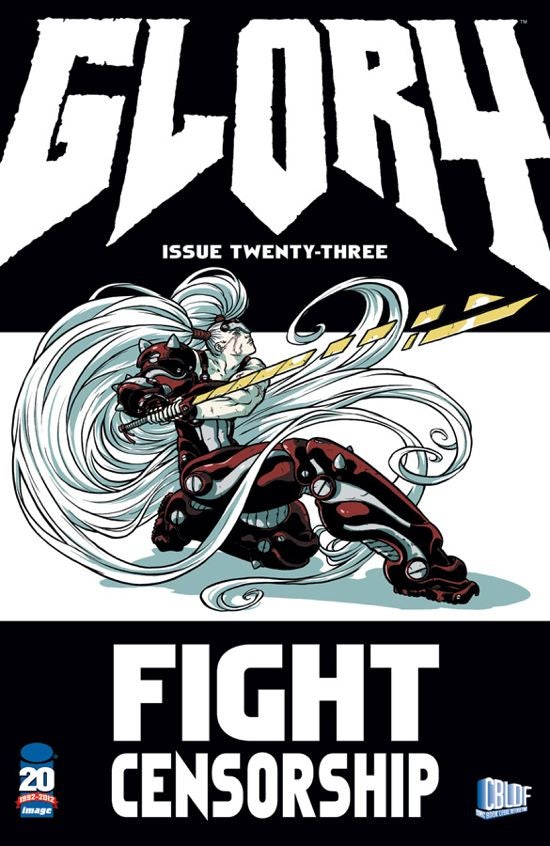 Other exclusive covers include THE DARKNESS #100, featuring a sketch cover by Marc Silvestri; ARTIFACTS #14 with art by Stjepan Sejic and a blank back cover for attendees' favorite artists to sketch on, THIEF OF THIEVES #1 with art by Shawn Martinbrough, and CHEW #24 with art by Rob Guillory. 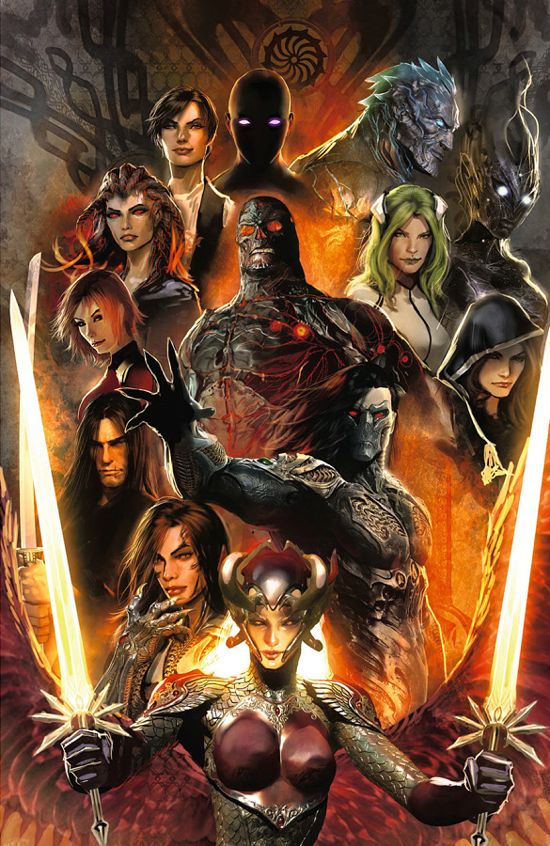 The Image Expo convention-exclusive variant covers will be available in limited quantities. The Image Expo is taking place on February 24, 25, and 26 in Oakland, California. 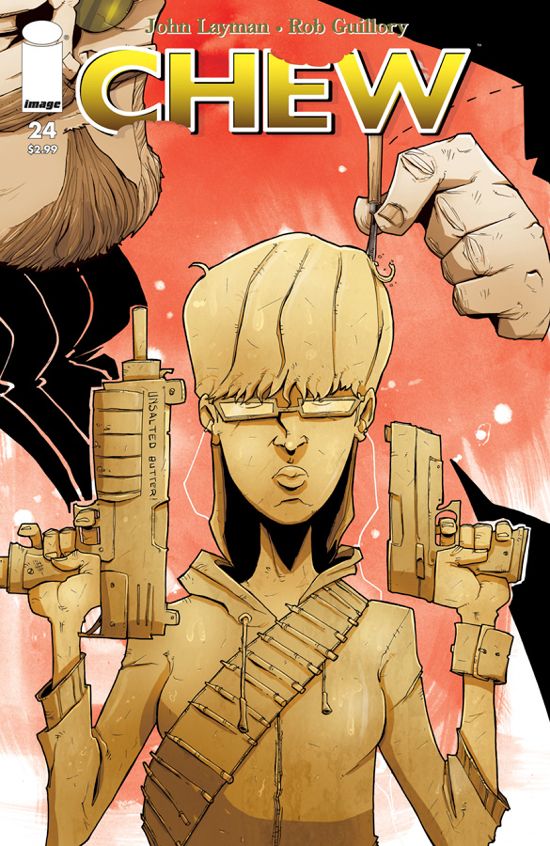 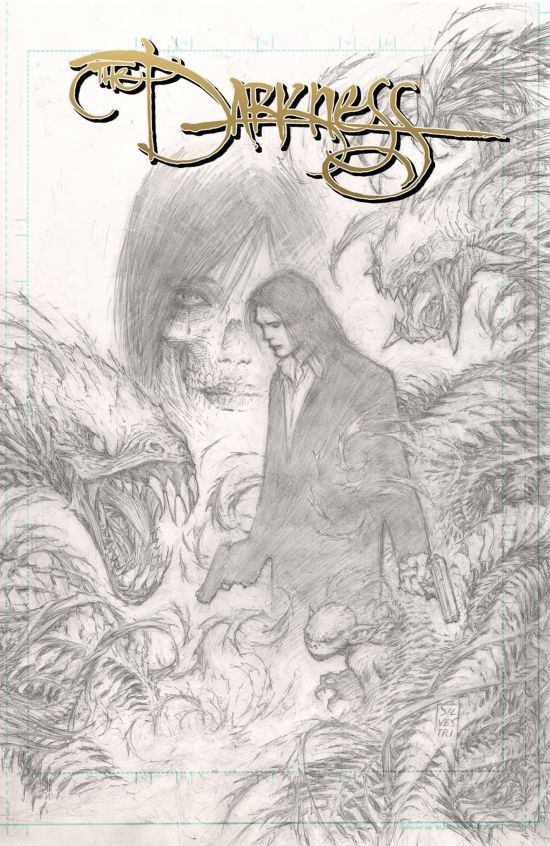 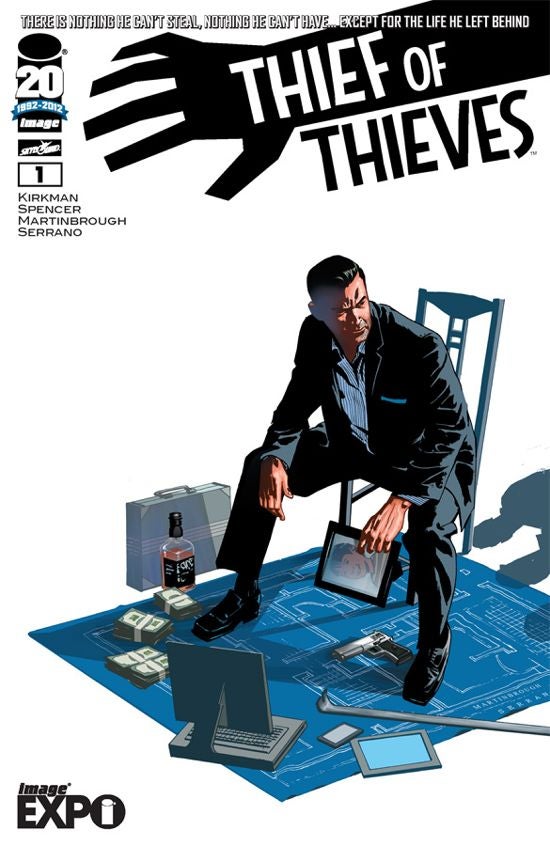