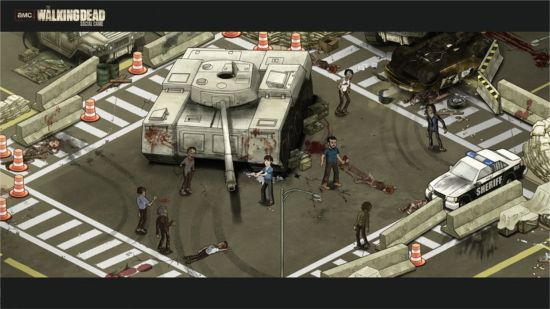 During last night's episode of The Walking Dead, there were a couple advertisements for a new Walking Dead social game that is coming to Facebook. The Walking Dead Social Game was recently announced by AMC and RockYou. Eyes Wide Games is the studio that developed the game in conjunction with AMC and RockYou. In the game, players will be able to have their own adventures. The main object of The Walking Dead Social Game is for players to keep themselves and their fellow survivors alive by fighting off walkers (zombies). Players will also need to scavenge for resources and establish camps (which will be based on settings from the actual show). Each player will be able to control his own unique party of survivors, which can include his friends but there are also opportunities for the player to interact with the TV characters. 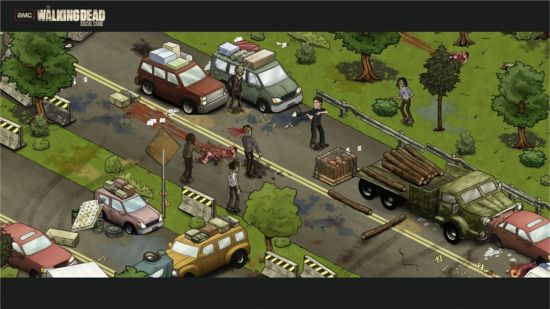 "AMC's The Walking Dead Social Game is a next generation game for social networks." said Stephen Griffin, CEO of Eyes Wide Games. "It's got deep playability. It's got drama, and it's still approachable for the casual audience. However, if you're a gamer and you've been looking for a deeper game to play and to experience on social networks then this is it." While the game won't officially go live on Facebook until April, players can like AMC's "The Walking Dead" Facebook page at Facebook.com/amcthewalkingdeadgame in order to be the first to be notified with the game launches. The Walking Dead Social Game looks like it will be a huge hit, as pre-launch it has already racked up over 107,000 likes. 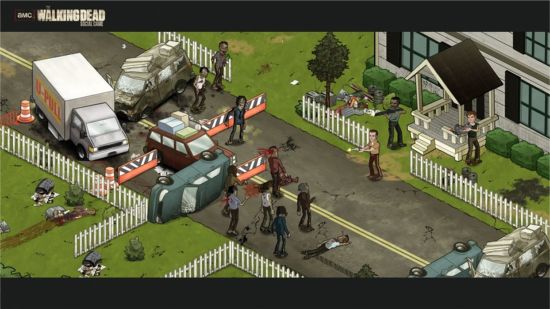