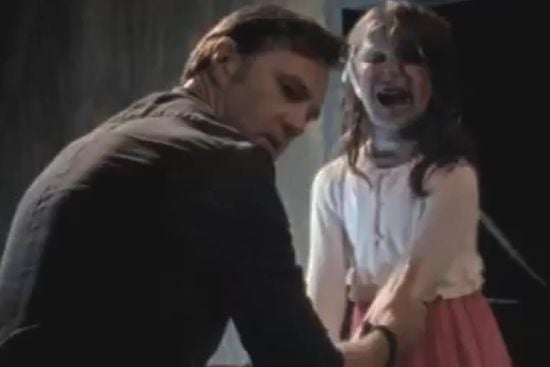 As would be expected in a mid-season finale, the "Made To Suffer" episode of The Walking Dead offered up quite a few shocking moments. Surprisingly, there wasn't a shocking death like there was twice in the "Killer Within" episode. Sure, there was plenty of death, but it was regulated just to people who had been introduced this season. Of course, the episode did end in a real cliffhanger, leaving the fate of two of the most popular characters in question. 5. Oscar Killed – If anyone was asked to predict which member of Rick's group might die during the rescue operation in Woodbury, we're pretty sure almost everyone would have selected Oscar. Since Oscar was a recent addition to the cast, he can't be classified as a hugely shocking death, but still it is a little surprising that producers took the predictable path with his death. 4. Michonne Kills Penny – When Michonne discovered The Governor's daughter Penny, everyone knew that it probably wasn't going to end well. Despite The Governor's pleading, Michonne shows no mercy. While zombie deaths on The Walking Dead are commonplace, this particular zombie death will likely have repercussions for many episodes to come. 3. Shane Returns – So maybe it was a hallucination, but seeing Jon Bernthal as Shane pop up on The Walking Dead again was a major shocker. Having been killed twice on the series, Shane was pretty much the last person that most viewers expected to see halfway through season 3. 2. Tyreese Shows Up – Not a complete surprise, as rumors that Tyreese would be joining the show have been circulating for weeks. Tyreese is well known to readers of The Walking Dead comic books, but he was likely an unexpected surprise to Walking Dead TV show viewers. 1. Daryl In Peril – Fans have been scared all season that producers might kill off fan favorite Daryl Dixon. His character isn't a part of the comic book series, so it's a mystery as to when or if his demise will ever occur. The introduction of Tyreese, who is Rick's right hand man in the comic books, certainly suggests that Daryl could be expendable. With the episode ending with Daryl at the mercy of The Governor, fans will be fretting over his fate until the series returns in February.

The Walking Dead: Five Most Shocking Moments Made To Suffer