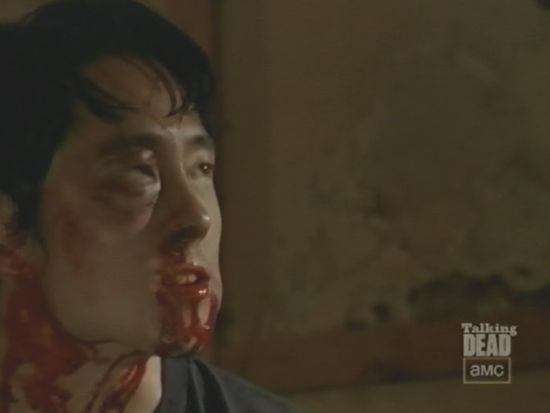 At the end of the "Hounded" episode of The Walking Dead, AMC aired a brief sneak preview of next week's "When The Dead Come Knocking" episode. There was also an extended preview involving Merle and Glenn during The Talking Dead. In addition, a third preview on AMCTV.com seemed to pick up right where the last episode ended. The various scenes in the previews provided us a couple of possible spoilers for the "When The Dead Come Knocking" episode. 5. Merle Beats Glenn – Merle tells Glenn that he can't tell him his baby brother is alive but then not tell him where he is. Merle is also shown giving Glenn a pretty good beating, and Glenn is left all bloody and bruised. 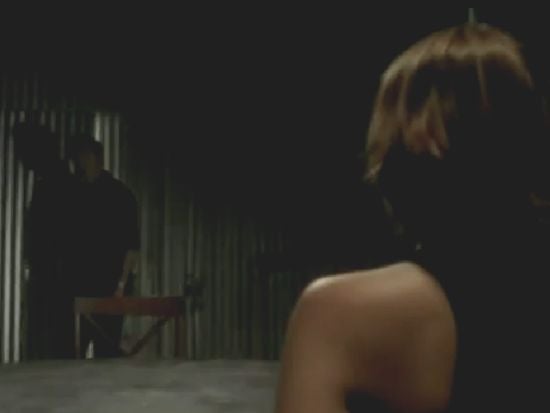 – While Merle is working over Glenn, it looks like The Governor pays a visit to Maggie. Many are wondering if The Governor might do to Maggie what he did to Michonne in the comic books. Will the Walking Dead TV show go there? 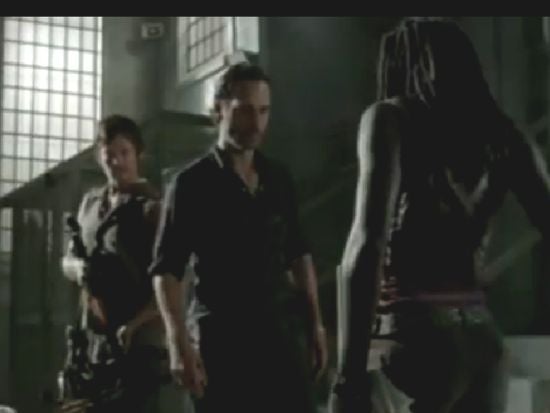 3. Michonne Gets Inside The Prison

– In one preview for next week, Rick is shown walking away while Michonne fights walkers outside the prison fence. Even though Michonne looks to be in trouble, she evidently survives because she is shown in another trailer inside the prison telling Rick about The Governor. 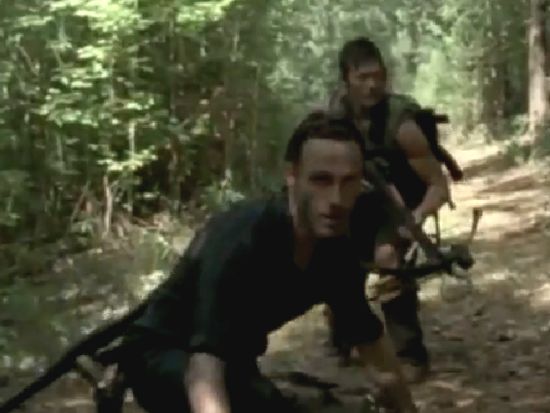 – Daryl and Rick can be seen walking down a wooded path, when something startles them. In the very corner of the screen, it also appears as if Oscar is with them. Are they going to look for Glenn and Maggie? 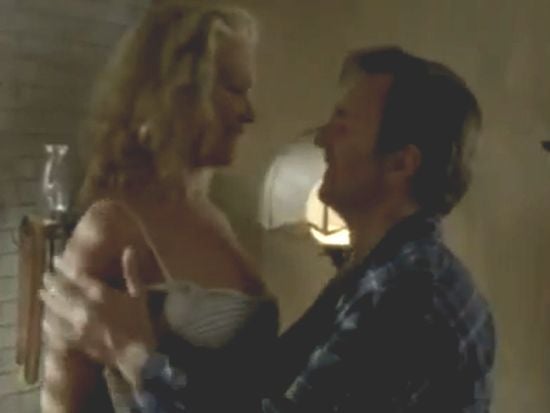 1. The Governor Pushes Someone Away

TWD: Norman Reedus Explains Why Daryl Dixon Is in France