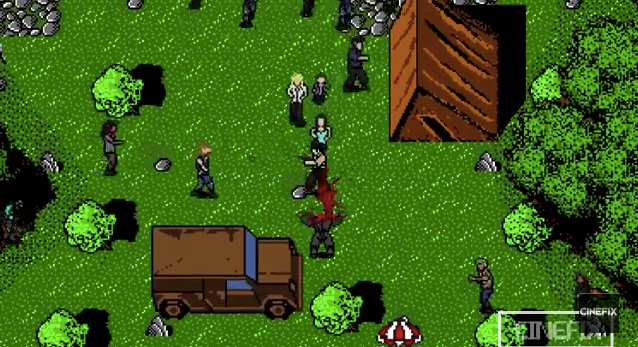 As much as we love Telltale Games' The Walking Dead game, an 8-bit Nintendo adaptation of the AMC series would completely blow our minds. Who wouldn't want to see all that zombie splatter in pixelated glory?

That's why the Internet should be thankful for 8-Bit Cinema's new Walking Dead video. In their old-school port of the venerable zombie franchise, 8-Bit re-imagines The Walking Dead's first two seasons. In the video, theoretical players can stab, shoot, and drive over as many zombies as they please--all while looking totally retro. And you better believe Daryl Dixon is a playable character.

The video ends just as Rick's camp enters the prison for season three, with the promise of more episodes to come. Good luck rendering the Governor's eye-patch in 8-bit form, guys.

The Walking Dead (in live-action form) airs Sunday nights at 9:00 on AMC.

The Walking Dead Gets The 8-Bit Treatment