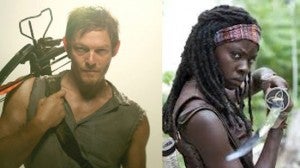 In the "I Ain't A Judas" episode of The Walking Dead, Merle tells Hershel, "When the Governor returns, he's going to kill me first, Michonne, my brother, then your girls, Glenn, Carl, the baby, whoever else is left. He'll save Rick for last, so he can watch his family and friends die ugly. That's who you're dealing with." Ironically, Merle seems to have accurately predicted his own death. Of the main characters in the prison group, The Governor killed Merle first. When Merle first made this statement, it seemed kind of unusual that The Governor would kill Merle first, because it was actually Michonne who angered The Governor most by killing his zombie daughter. One would have suspected that The Governor's intention would be to kill Michonne first. However, The Walking Dead often calls back to things said in previous episodes, such as Merle's "I ain't gonna beg" comment after his fight with The Governor called back to a similar statement he made while handcuffed to the rooftop in season one. What if Merle's statement about the order in which The Governor would kill the prison group was more than just a throwaway comment? Could producers have been using it as a tease as to how the deaths will actually go down? Could Michonne and Daryl be the next to die? It would sort of make sense that The Governor would now try to take Michonne and Daryl out first, because he might consider them to be the biggest threats in a battle with his army.