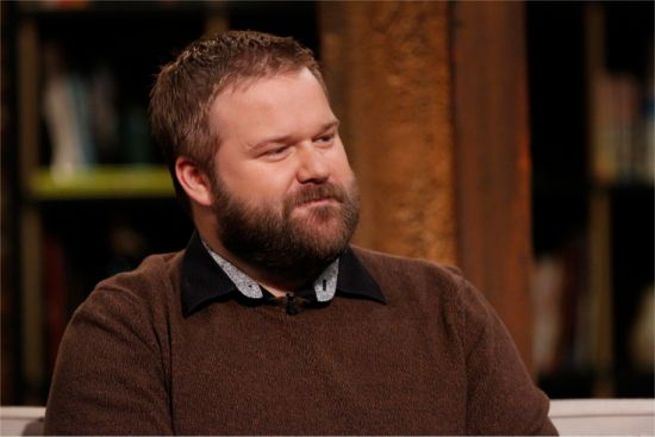 In a new interview with The Holllywood Reporter, The Walking Dead creator Robert Kirkman said that the series' upcoming midseason finale will likely be a bloodbath.

"This confrontation is definitely going to be substantially different from the confrontation with The Governor or Gareth," Kirkman told them of the upcoming attack on Grady Memorial Hospital. "We do continue to evolve these human-to-human conflicts in very interesting ways and this is no different. There's going to be some pretty unexpected events in our midseason finale, which is as it should be. On scale of one to 10, I'd say [the midseason finale is] pretty deadly."

That's not particularly surprising to anyone who has been paying attention to midseason- and season finales for the last few years; the series prides itself on the notion that no character is safe, and at no point is that danger more immediate than when they're about to take a few weeks off to let the audience process it.

Of course, there's also a world of difference between The Governor and Gareth. The Governor attacked the prison while Rick's group of survivors was unaware, killing one series regular and setting in motion events that would result in the death of nearly every minor player introduced in the first half of Season Four. Gareth launched his attack without the element of surprise and his group was slaughtered with a minimal loss of life on the part of Rick's group; Bob Stookey died in the attack, but he was already "tainted meat" and wouldn't have made it out of the episode anyway.

The attack on Dawn and her group at the hospital would be different even just by necessity: this time, it's Rick and his group going on the offensive. You could argue that was the case at the church with Gareth's group, but those characters believed they were the invaders and had prepared a battle plan. Presumably, as long as Rick and company don't lose the element of surprise, Dawn's group won't know there's an invasion coming at all and will only have the weapons they typically carry on them and the plans they usually have in place for such contingencies.

Parsing out that quote, it also seemingly confirms what had been widely assumed: that next week's attack on the hospital will not end the storyline, and that the midseason finale will be where that story is resolved.

Who do you think will survive the attack on the hospital? Chime in below, or read our thoughts on it here.