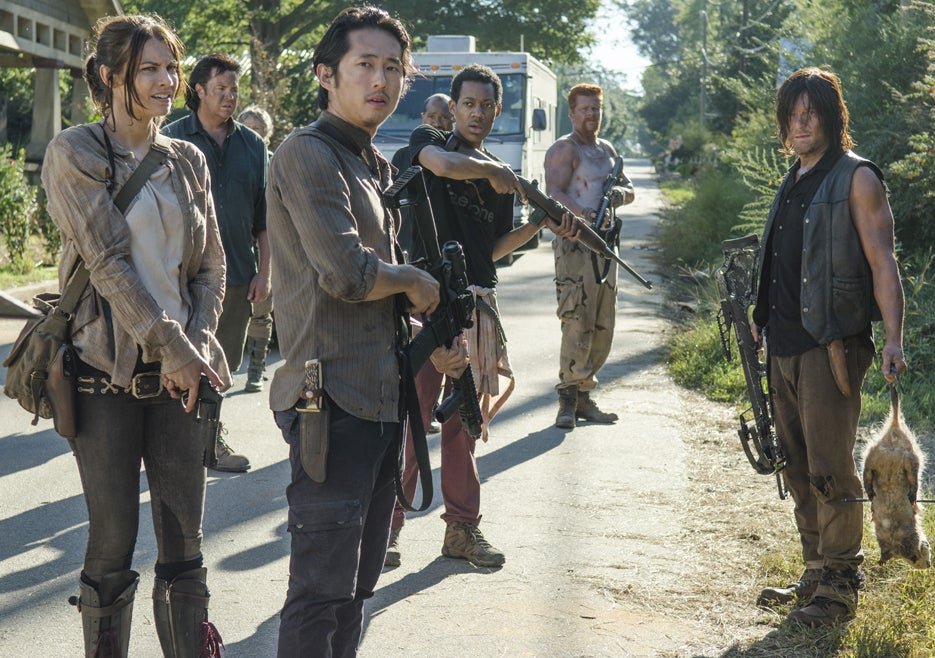 In a new interview with Entertainment Tonight, The Walking Dead star Norman Reedus teased that there's someone in the show who won't be all they're cracked up to be.

"You take a bunch of wild animals, you put them in a cage, no matter what it looks like, it's very uncomfortable," Reedus said of Rick Grimes' group of survivors. "I'm kind of in wild animal mode right now. I'm like, 'Dude, I like being filthy and covered in guts and blood.'"

He added, "There's something that's going to happen -- I can't tell you what it is, but somebody turns out to be not what you think they are. It's an interesting turn of events."

You can see the full interview below.

The Walking Dead will air Sunday nights at 9 p.m. ET/PT on AMC.

The Walking Dead: Norman Reedus Says Someone Turns Out To Not Be Who You Think They Are

She-Hulk Star Bought All the Comics on eBay

New Steam Leak May Hint at Remaster of Classic Shooter

Robert De Niro to Star Opposite Himself in Wise Guys