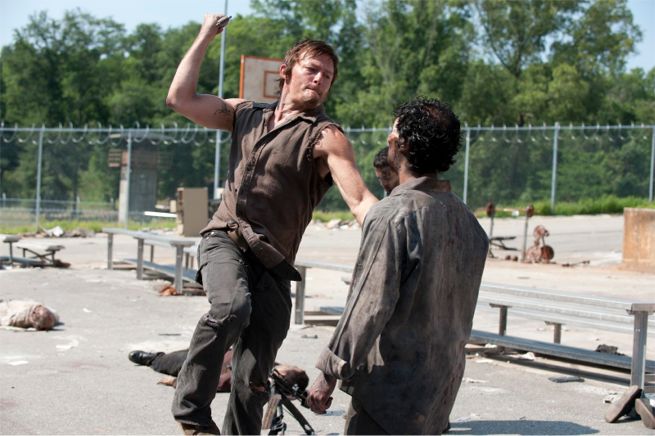 During the past four seasons of The Walking Dead, there have been a number of unusual methods used for dispatching walkers. However, Norman Reedus might have come up with the most original way to kill a walker yet in a new video from special effects guru Greg Nicotero.

Last week, Nicotero was awarded the George Pal Memorial Award at 40th Annual Saturn Awards. Because Nicotero was busy doing work on Season 5 of The Walking Dead in Georgia, he couldn't make it to Burbank to pick up his Saturn Award personally. Instead, Nicotero created a video to express his gratitude for the recognition.

Once having his award in hand, Nicotero says, "Wow, guys. I'm so honored. Thank you so, so much to the Academy of Science Fiction and Horror Films."