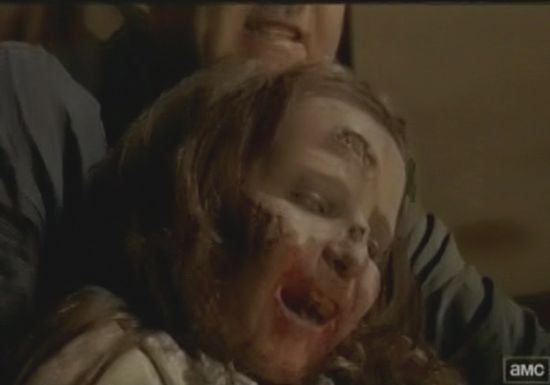 While last week might have surprised everyone with the death of two cast members, the "Say The Word" episode of The Walking Dead offered plenty of its own shocking moments. While Rick Grimes mourns the loss of his wife in his own special way, we get to learn just a little bit more about how The Governor keeps the residents of Woodbury entertained. Here are our picks for the five most shocking moments from "Say The Word." 5. The Governor's Daughter – The Governor is brushing the back of a little girl's hair. It's his daughter Penny, but she's a zombie. She tries to bite him, but he restrains her, and then he puts a bag over her head. 4. Rick Goes On A Zombie Killing Spree – While Rick was huddled on the ground sobbing over the death of his wife in the last episode, it didn't take him long to recover. He picked up an axe, then he went on a zombie killing spree, taking his frustrations out on the walking dead. 3. Michonne Slices And Dices – Michonne comes across a bunch of caged up walkers. She lets them loose, but only so that she can get some exercise slicing and dicing her way through the walking dead. 2. Michonne Threatens The Governor – While The Governor is offering Michonne a deal to join the research team, Michonne has other ideas. In a flash, she grabs her katana away from The Governor, and she puts the point of the katana against The Governor's throat. 1. Woodbury Gladiator Fights – What are people to do for entertainment in a zombie apocalypse? In Woodbury, they watch two men fight surrounded by chained zombies. While it looks pretty deadly, The Governor tells Andrea that it's staged, because they remove the walker's teeth. 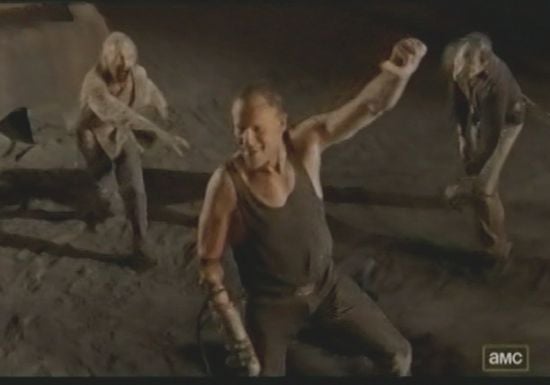 Halo: The Master Chief Collection's Season 8 Will Be Its Last