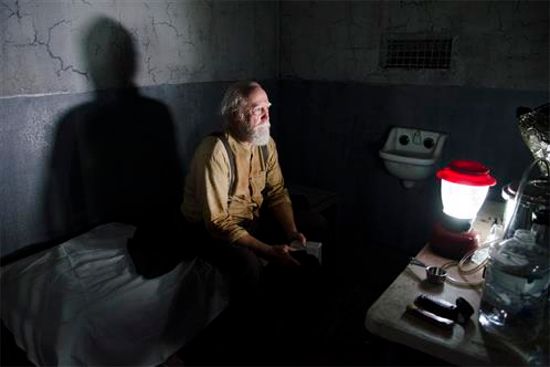 After The Walking Dead Season 4 Episode 4 "Indifference," AMC released a special sneak preview video for next week's Episode 405, which is titled "Internment." The Walking Dead producers seem to be really infatuated with words that begin with the letter "I," as this will mark the fourth episode in a row with an "I" word title. According to the official AMC Description for the "Internment" episode, "Assorted enemies pressure Rick and the group, and the survivors and the prison may reach a breaking point." The "Internment" episode of The Walking Dead is written by Channing Powell and directed by David Boyd. "Internment" airs on Sunday, November 10, 2013 at 9 PM ET on AMC.