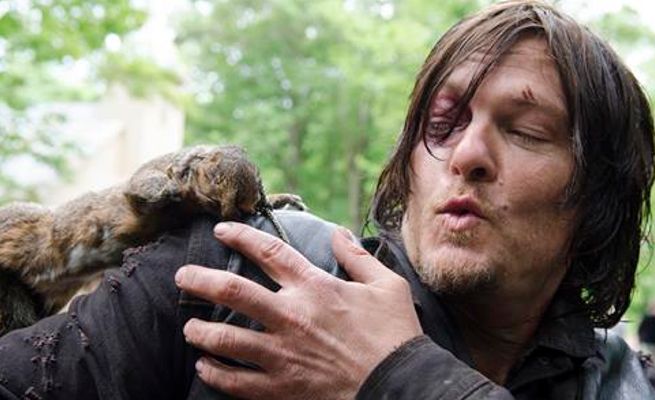 Daryl finds himself in trouble while out on the run. Meanwhile, in Alexandria, Rick and his group continue to feel like outsiders as danger lurks near the gates.

Of course, the episode synopsis also reveals that Rick Grimes is still alive, but as the central character on the show, it would be a real surprise if he wasn't. It should be noted that Rick appears to be safe inside the gates of Alexandria, while Daryl is apparently in trouble outside the gates.

With the Season 5 finale extended to 90 minutes, AMC must be planning something really special for the episode. The synopsis certainly makes it sound like fans could be in for a cliffhanger ending where the ultimate fate of fan-favorite Daryl Dixon might be up in the air until the beginning of Season 6.