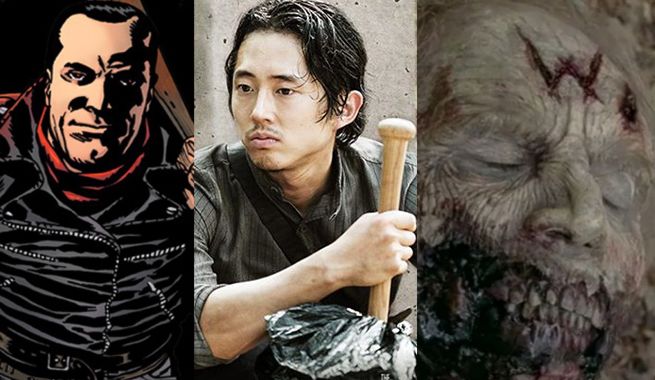 While it's always a possibility, we're hoping that AMC has something a little different planned for the finale. Not that we don't want to see Morgan again. We're just hoping he shows up earlier in the episode than another after the credits tease.

There are three things that we think could happen in an after the credits scene. One possibility is that AMC airs the first teaser for the companion series Fear The Walking Dead. However, would AMC really wait until after the credits to air such a teaser and risk that some viewers have tuned out? It would be more likely that they would want to air the Fear The Walking Dead teaser in a commercial break during the actual show.

While it might seem unlikely that Negan would appear with no solid casting rumors having emerged, AMC wouldn't necessarily have needed to cast him to tease his upcoming appearance. Just like with Michonne's introduction, AMC could show a shadowy figure holding a certain accessory that would be familiar to comic book fans.

Yet, another possibility is that the after the credits scene doesn't introduce a new character, but rather teases some impending threat to the Alexandria Safe Zone. Maybe, the after the credits scene shows a horde of walkers heading toward the community or teases the Wolves planning an attack. That's assuming that a horde of walkers or the Wolves don't already attack during the Season 5 finale.

The Walking Dead Season 5 Finale After The Credits Scene