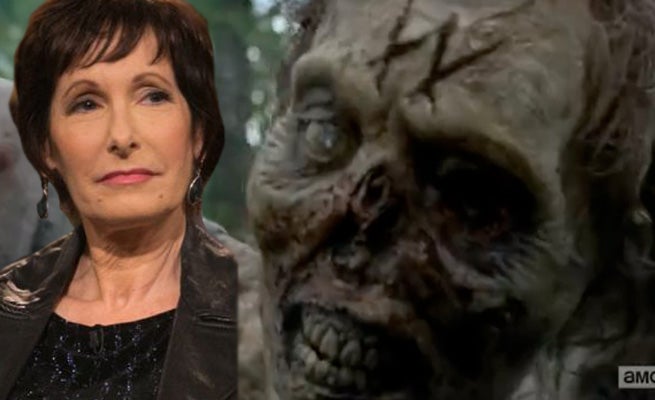 After the latest episode of The Walking Dead, the last before the season finale, the show's producer Gale Anne Hurd joined Talking Dead host Chris Hardwick. While her and fellow guest Chandler Riggs were pretty tight lipped about the upcoming finale, she did give one scary promise for fans.

"There will be blood, and not just walker blood," Hurd said when asked about the upcoming 90 minute finale. It's no surprise that a few characters that still have a pulse will shed some blood in the finale, much like it's predecessors.

Seems like Pete Anderson has a slim chance of survival, but with Daryl and Aaron out in the woods hunting people sadistic enough to tie people to trees and carve Ws into their heads, they could easily be in danger, as well. Which characters do you think aren't going to make it out of the fifth season?

The Walking Dead Season 5 Finale: "There Will Be Blood"

Naruto Cosplay Captures The Menace of Orochimaru With Bodypaint

Call of Duty: Warzone Makes Long-Awaited Change to the Gulag