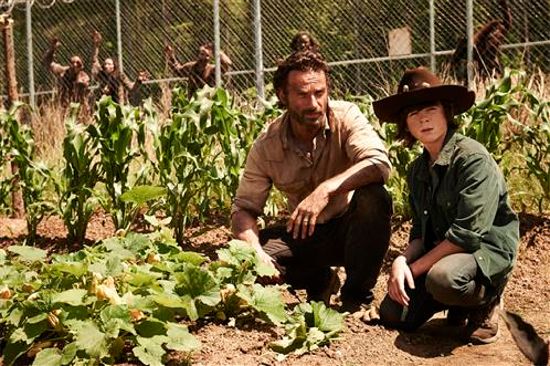 The fourth-season premiere of AMC's The Walking Dead picked up a massive 4 million viewers in Live+3 ratings, officially making it the most-watched non-sports broadcast in cable history. Over 20 million viewers tuned in for the latest episode of AMC's The Walking Dead, and only 16 million of those were counted in the original, record-breaking overnight ratings report, according to The Hollywood Reporter. 20 million takes the record, surpassing High School Musical 2's massive 18 million Live+3 rating record set back in 2007. The High School Musical franchise was on fire at that point, and stopped making direct-to-TV features altogether after that record-breaker, opting to release the third film theatrically. Airing in less DVR-friendly times and being appointment viewing for most of its young (and therefore generally more free during the broadcast's timeslot, with jobs not playing a role) target demographic, the show picked up only about 1 million of its 18.2 million viewers on the three additional days, as opposed to the aforementioned four million for The Walking Dead.