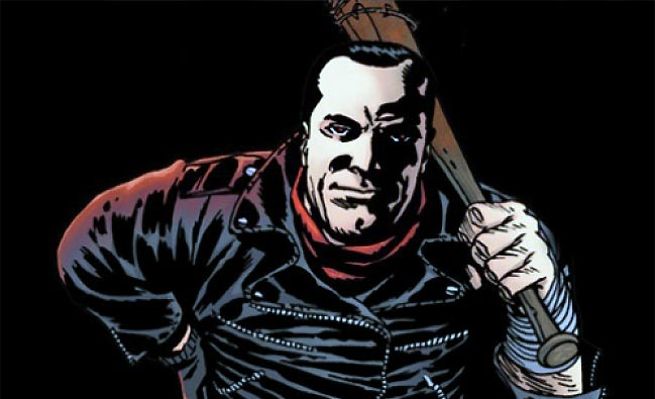 The Walking Dead's fifth season midseason premiere was one of the most unique the show has seen to date. WARNING! Spoilers follow for The Walking Dead television series and comic book series.

The episode, titled "What's Happened and What's Going On," marked the end of the road for Tyreese. Rick, Tyreese, Noah, Michonne and Glenn ventured into South Carolina, more specifically to Wiltshire Estates, Noah's family's place of residence- and now place of resting.

The episode was packed with foreshadowing and potential Easter Eggs that have left many believing the big bad Negan is coming soon. For those who don't know, Negan is a brutal, ruthless sociopath from the comic book series that makes The Governor look like a harmless little kitten.

The most obvious bit of foreshadowing was Glenn carrying the 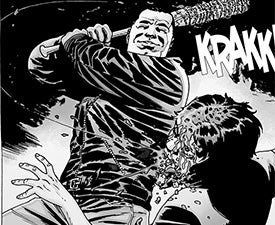 baseball bat. In issue #100 of the comic series, Negan used a baseball bat named Lucille, wrapped in barbed wire, to smash Glenn's head in after he caught Rick, Carl, Michonne, Glenn, and Maggie heading from one community to another. On top of that, the group had to maneuver through what may have been barbed wire in the woods- Negan's bat is wrapped in barbed wire. He had to get it somewhere.

Head smashing was also present enough in episode 5x09 to give us reason to believe Negan is around. When Noah found his old house, he found his mother with her head smashed in the living room. Very similar to what Negan did to Glenn.

It's entirely possible that Negan and his group, The Saviors, tried to take control of the Wiltshire Estates community (or trade with and protect them, as Negan would call it) and things went south. When things go south in dealings with The Saviors, that means dying. Negan and his crew come in and decimate anyone who doesn't abide by their rules, so maybe Negan and company ran through Wiltshire Estates and eliminated any survivors when they tried not to be a part of the dictatorship.

Then, there was the truck full of walker torsos. The walkers all 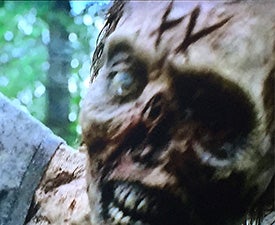 had a similar marking on their foreheads. We know Negan has an army of walkers, so maybe in the show he'll be marking them and using them to solve his problems and make himself more threatening. We've also see similar markings on apparently not-so-random trees in the woods, which Morgan has been following. Up until now it felt safe to assume that the markings on those trees were either from Morgan himself or the Hunters (those Terminus cannibals who are all dead). Seems very plausible, given Negan's insane characteristics.

Are you ready to see Negan enter the television series?

The Walking Dead: Signs That Negan Is Coming