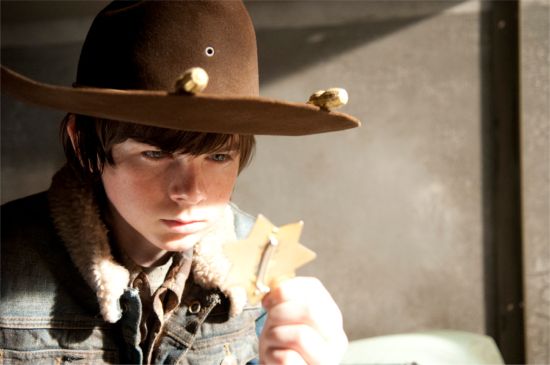 Last weekend's episode of the Walking Dead centered around Daryl's brother Merle Dixon. While it initially looked like Merle was going to turn Michonne over to The Governor, he ultimately set her loose and took on The Governor by his lonesome. While Merle put up a valiant fight, he was eventually captured by The Governor's men and executed by The Governor. When Daryl finally showed up, it was too late and Merle had already turned into a walker. A tearful Daryl had to put his own brother down. Will Daryl rejoin the prison group? Or will he go after The Governor alone? According to the AMC description for "Welcome to the Tombs," Rick and the group have to seriously consider if the prison is worth defending as the Governor's impending attack looms over their heads. The "Welcome to the Tombs" episode of The Walking Dead airs on Sunday, March 31 at 9 PM ET on AMC. This episode was written by Glen Mazzara and directed by Ernest Dickerson. Check out the one minute and seventeen second preview of the episode below, and check back to Comicbook.com later tonight for a full recap of the episode.

The Walking Dead Sneak Preview: Welcome To The Tombs