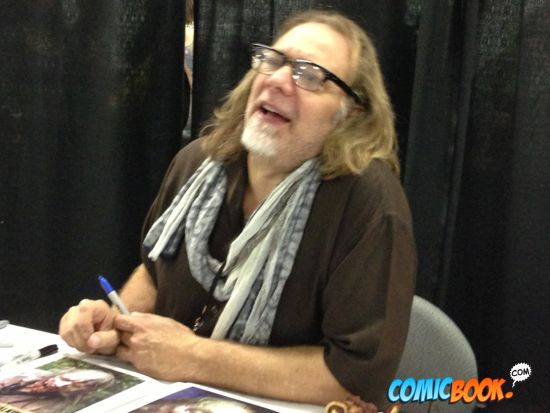 Ever since AMC announced that they would be doing a spinoff series for The Walking Dead, there have been lots of rumors and speculation as to what the series will be about. Some rumors have suggested that the spinoff series will run concurrent with the existing Walking Dead series, but just be set in a different part of the world. Walking Dead creator Robert Kirkman has confirmed at least part of that rumor by revealing to IGN that the spinoff series definitely won't be set in Georgia. Other rumors have suggested that the Walking Dead spinoff series might be a prequel of sorts, telling the story of the early days of the outbreak. A prequel is an interesting scenario, because it would open the door of the possibility of seeing some characters again that might already be dead on the current series. When Comicbook.com asked IronE Singleton, who played T-Dog, about the spinoff series, he said, "I'm hoping to be in the spinoff [laughing]. How cool would that be to be a part of that show? Anything that happens, I'm maintaining a really great relationship with everybody attached to the show." However, a new interview by Channel Guide Magazine with co-executive producer Greg Nicotero certainly seems to suggest that fans shouldn't expect any current or former characters from the main Walking Dead series to pop-up in the spinoff. When asked if the spinoff series would impact the current series, Nicoreto said, "No, we're sort of treating the spin-off as a completely separate entity. That was something that was very, very important when the notion of a companion series was even brought up. Many of us, the actors and the executive producers, wanted to make sure that anything we did, we didn't want it to diminish our story, our storyline, our characters and the momentum that we have. So the intent is that it is going to be its own standalone world." And Nicotero apparently isn't just speculating about how the spinoff series will be handled. When asked if he knew what the standalone world would entail, Nicotero said, "I do know. But I can't tell you [laughs]. After it happens, then we can discuss it."

The Walking Dead Spinoff Series Will Be A Completely Separate Entity

Lightyear: Tim Allen Weighs in on Not Voicing Buzz for Toy Story Spinoff