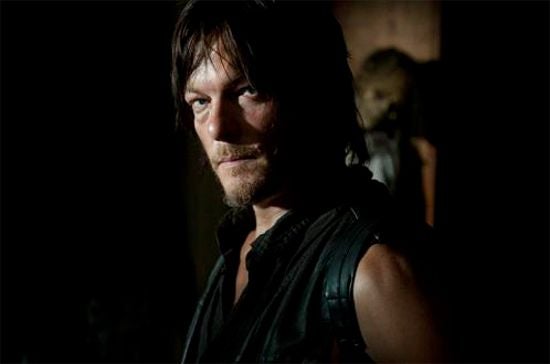 Last night's episode of AMC's The Walking Dead was perhaps not as loaded with crazy Easter eggs as were the Rick and Michonne episodes recently; it's difficult to be, when you are basically loaded into two entirely-unfamiliar locales and only two speaking characters appeared onscreen. That said, fans of Daryl and Beth (and, yes, the shipper community that exists for basically any two characters you care to choose at random on a given TV show) should have enjoyed last night's proceedings and just because it wasn't a Boondock Saints poster (allegedly), doesn't mean the stuff they hid away in last night's episode wasn't cool, too. So--what did we spot? 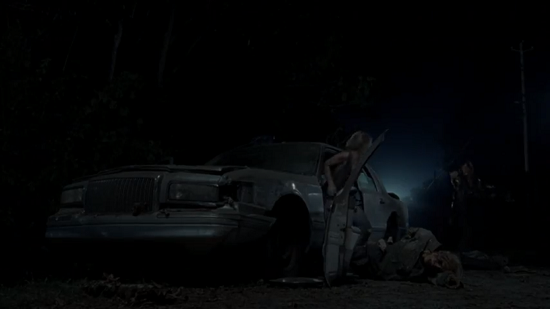 People are the danger Anybody notice how many corpses were in this episode that showed no sign of ever having turned? Since "we're all infected," that suggests that these people were killed in such a way to prevent them turning. In some cases, this probably qualified as a mercy killing -- the mother and her children in the "Shh! Sleeping!" room, for instance -- but in others, there's every sign of violence. The apparent class war that broke out between the country club members and the people who hanged them and cut their corpses up to put on display is seemingly a more likely answer for how we got an entire room full of cadavers that never turned, lying just below the hanging walkers who Talking Dead established were left there by the help. Were those people a direct counterpoint to the mother who mercy-killed her family and then herself? If these people were forced to watch their family and friends being killed, then hang there until they died and reanimated, it seems like it. The motif of dead who don't appear to have ever turned is continued to the body at the scene of the car wreck--and while it might seem like it could have been overrun by walkers, there was no damage to the body that usually results from the trampling and/or eating of the entrails that happens when you're swarmed. Also, the damage done to the door was clearly not done by walkers, unless it was a massive number of them and the door was, for some reason, already open. This has the hallmarks of something that was done to this person. Will we ever see it followed up on? It's hard to say--but if we're to see The Hunters soon, it's not outside of the realm of possibility. 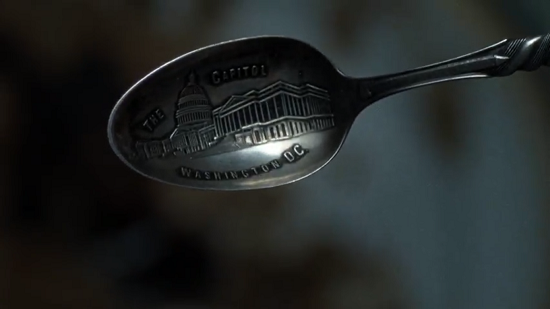 Spooning No, not Beth and Daryl. But Beth did take a long, lingering look at the souvenir spoon from The Capitol. Considering Beth's feeling that she needs some kind of agenda to motivate her along, Daryl's confession that he'd never been outside of Georgia and the sheer directionlessness of the end of the episode, could we see them starting to make their way in the direction of Washington, D.C.? Doesn't seem impossible. That she took it with her could turn out to be key, too, if Abraham should find it on her and decide she knows something. It could also just be a tease, a sly acknowledgment that the rest of the cast is headed there with or without these two. 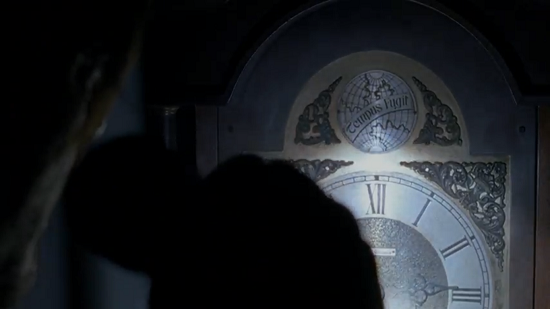 Tempus fugit "Time flees," or "time flies." This appeared on the face of the grandfather clock that, indeed, created a need to flee when it started making noise in the country club. If it seems like we just talked about this recently, it's because the Clock King used it as his catchphrase when making his escape on last week's episode of Arrow. 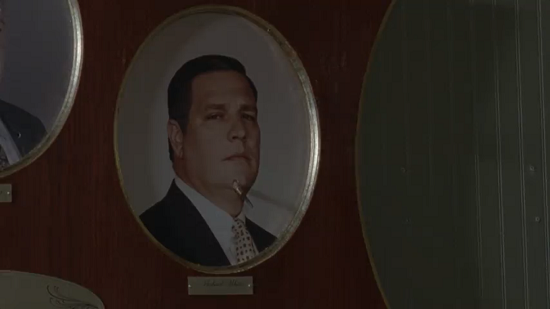 Daryl's darts In the country club, while Beth was trying to work up the nerve to eat terrible peach schnapps out of dirty glasses, Daryl was working out his aggression toward the monied classes who let the world go to rot by throwing darts not at a dartboard but at the photograph of the Country Club's most esteemed presidents on the wall next to it. Who were those members? Well, that's a good question--and one answered by the video below:

Yep. They were members of the crew, tossed in as a little Easter egg. Seems they're doing more and more of that this season. 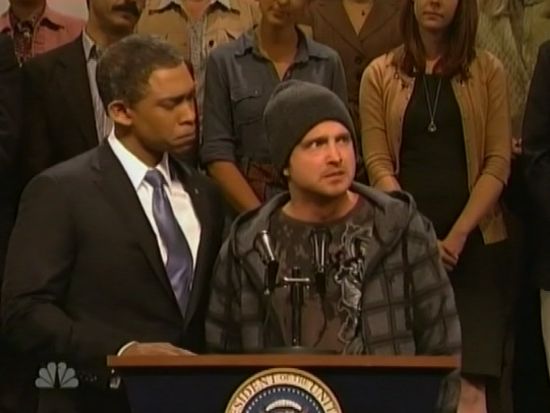 The Tweaker While it feels a bit like wishful thinking or fitting their fantasy into the reality of the series, there has been some speculation online that Daryl's description of Merle's dealer was a nod to Jesse Pinkman of Breaking Bad. It's a fun narrative. And while the locations don't match up (Arizona, versus Georgia, where Daryl has never left), it's worth noting that there was a reference earlier on that Merle Dixon used blue meth...! (Thanks, Reddit, for that reminder)

The Walking Dead Still Episode: Five Cool Moments You Might Have Missed