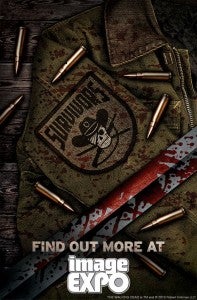 As previously reported by Comicbook.com, Skybound's editorial director Sean Mackiewicz teased the 10th anniversary of The Walking Dead comic book series by writing, "July. You are not prepared." At first, we thought the big announcement would come at 2013 San Diego Comic Con, which takes place in mid-July. However, Mackiewicz might actually have been hinting at the Image Expo, which takes place on July 2 in San Francisco, California. Walking Dead creator Robert Kirkman will be appearing at the Image Expo, and the official Walking Dead website has released a new series of teaser images tied into the Image Expo. The first teaser image has a denim jacket with a "Survivors" patch on it. The "Survivors" patch has a skull with a sheriff's hat and one bandaged eye, which is likely a reference to Carl Grimes. The second teaser image features a Hilltop logo, which is likely a reference to the Hilltop colony. While no one is quite sure what the teaser images mean, there has been some speculation that The Walking Dead could be spinning off into multiple comic book series. With the success of the AMC TV series, The Walking Dead has become a huge brand with a vast assortment of licensed products. Top level characters like Batman, Superman, and Spider-Man have multiple comic book series running at the same time, so it wouldn't be surprising that The Walking Dead characters might support multiple comic book series. 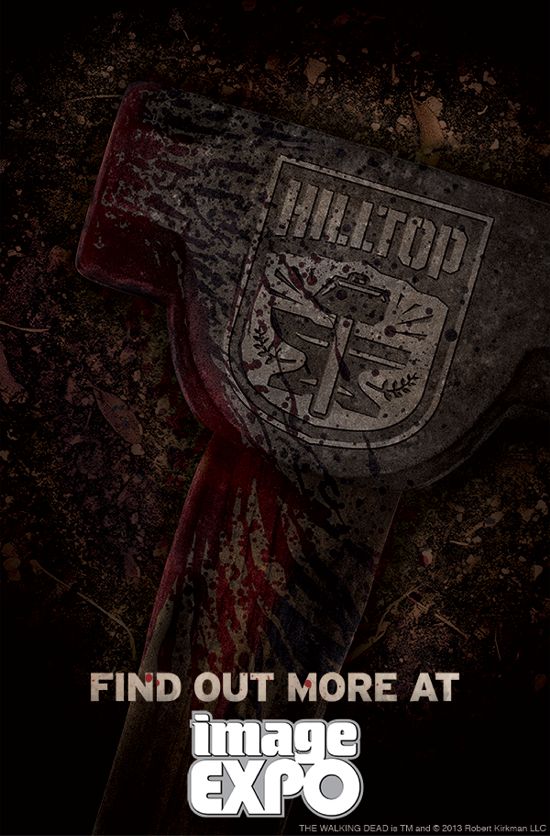