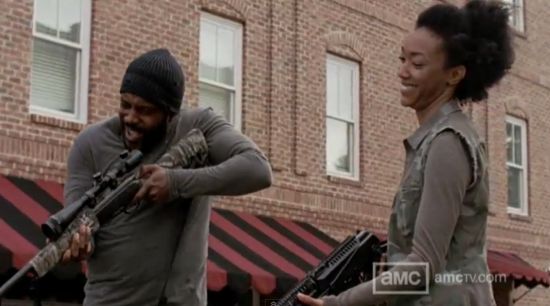 Next week's episode of The Walking Dead is called "Prey." We've got three different sneak peek videos. The first video reveals that Tyreese is a lousy shot. The second video reveals that The Governor looks like he's planning to open up a dental practice. Something that Andrea isn't pleased about at all, as she tells Milton that she has to kill the Governor. The third video is a collection of scenes from the "Prey" episode. Here's the official description for "Prey": The Governor chases a fleeing dissenter; while the Governor is gone, a traitor tries to sabotage his plans. The "Prey" episode of The Walking Dead airs on Sunday, March 17 at 9 PM ET on AMC.